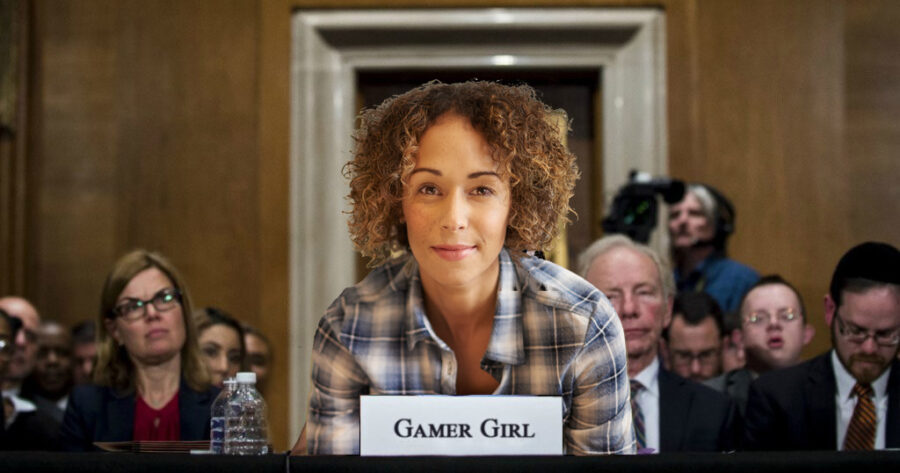 WASHINGTON D.C. — After reportedly stating at a casual gathering of friends that her favorite series was Mass Effect and that she is “super excited” for the next game by Hideo Kojima, Melissa Young was brought before the Senate Gamer Girl Select Committee to investigate whether her claims of liking video games are accurate.

“We aren’t saying that Ms. Young is lying, but we certainly have some pressing questions that would go a long way toward assuaging our concerns,” Sen. Lindsey Graham said before the hearing.

“I’m sorry, but I doubt she had any idea that the first Bioshock is about how awesome Ayn Rand is,” Sen. Paul said afterward. “She probably just thought pretending to be a geek made her seem cool and quirky, unlike me, a real gamer nerd.”

Although Ms. Young provided receipts from GameStop, testimony from friends she games with and screenshots of her Xbox Gamerscore, the committee was relentless in questioning her status as a real life gamer, as opposed to a chick that plays games sometimes.

“Would a gamer purchase a Baby Groot Funko from GameStop and zero games?” asked Sen. Graham during the hearing. “Would a real gamer not remember the infinite money cheat from Grand Theft Auto 3? You are a poseur, honey, and this all-male committee sees right through you.”

The meeting adjourned after ten hours due to procedural time limits. Though she was never given a chance to reply to the claims against her, Young left with a smile on her face.

“A bunch of items on my Steam Wishlist just went on sale!” she said.

As of press time, Young was being immediately summoned to testify at the House PC Master Race committee next week.