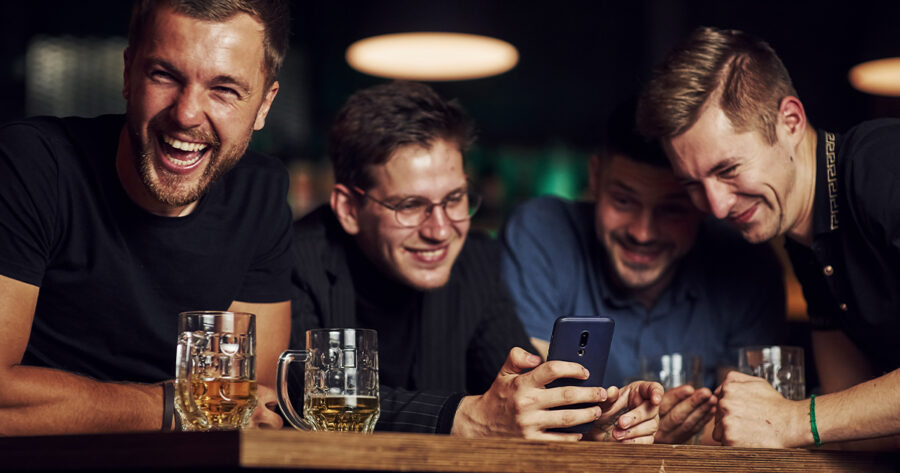 JACKSONVILLE, Fla. — After years of playing video games online, a squad recently met up at a local sports bar to talk about video games in person.

“I was like, dudes, all we do is play video games. We should hang for real sometime. We probably have all kinds of other stuff in common,” said longtime squad member Donna Jackson. “Turns out, no, we do not. It’s pretty much just gaming.”

After arriving at the bar, the group spent five minutes attempting to talk about other topics, covering the awkward silences by pretending to watch a daytime soccer match.

“I asked what kind of TV everybody watched. Chuck said anime. Donna rolled her eyes and said anime is for dumbasses, she only reads manga. Vinnie said if we were into nerdy shows we should definitely check out Young Sheldon. The silence after that was brutal,” said Derrick Clark, an IT professional who usually tanks for the squad. “When somebody finally brought up what happened in Warzone last night, we all breathed a huge sigh of relief.”

Vinnie Sanders, the squad’s healer and medic, was disappointed that he couldn’t share more of his life with his squadmates, but ultimately had no regrets.

“I was showing them pictures of the house I just moved into with my fiancé, telling them how I’ve made a lot of mistakes in my life, but I worked hard to improve myself, and things are finally coming up my way. I don’t think they were really listening. But then they saw my gaming rig in one of the photos, so we talked about that for like an hour,” said Sanders, pulling up the photo on his phone. “I mean, I can understand why. My rig is dope as hell.”

The squad has already made plans to meet up again, but this time they will reportedly “stop lying to themselves” and just bring their Nintendo Switches.