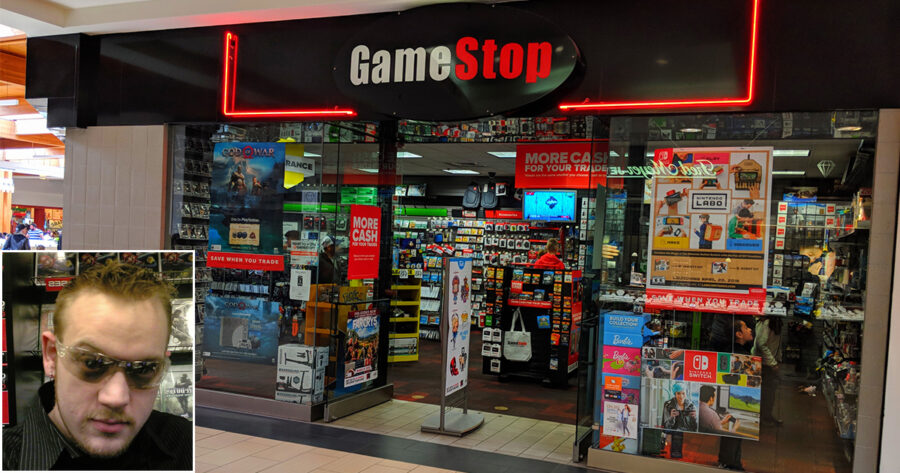 “I had seen this woman in the store several times over the past few months, but I had no idea what was really going on until I encountered her here yesterday with a small child,” said Hale while recounting the traumatic story to investigators. “I felt sick to my stomach when I realized what was happening.”

After reporting the incident to the police, coworkers are calling Hale a hero. We reached out to the accused felon Kate Laver for comments.

“All I did was take my son to GameStop yesterday to buy him that new ‘Morty Kombat’ game,” said Laver from behind the glass at Clarke County Jail. “I couldn’t remember the exact name of the game, so I had my son tell an employee what he wanted. Next thing I knew, this guy is ranting about children and the future of America, and then he calls the police! He even had the audacity to ask if I wanted to join the PowerUp Rewards program while they were cuffing me.”

GameStop released a statement on the incident, announcing plans to install panic buttons under the cash registers of every GameStop nationwide in case something like this ever happens again. They used the second half of their statement to list upcoming Funko Pop releases.

Hale has since earned employee of the month for his actions and has announced a six-part podcast series highlighting his battle against corruption of America’s youth.