GameStop Employee Somehow Being Threatened, Patronized, and Hit On at Same Time 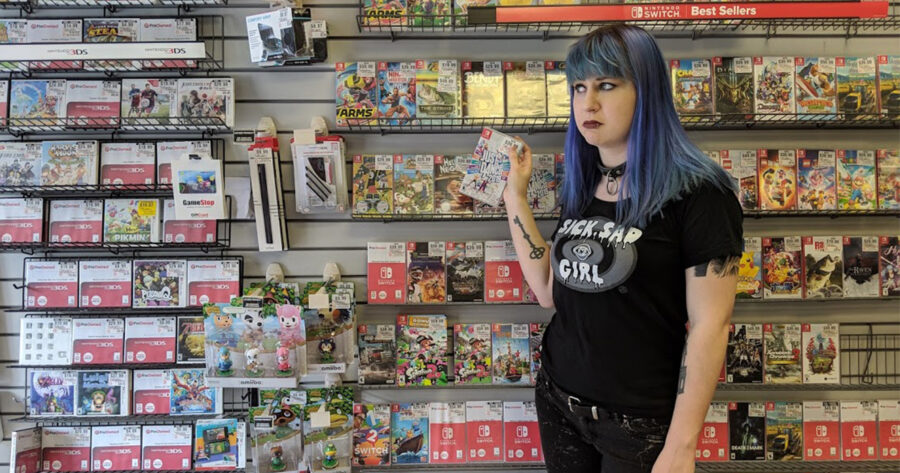 TEMPE, Ariz. — A female cashier at a Gamestop location recently reported being intimidated, condescended to, and flirted with by one single customer, an inexplicable feat previously thought impossible.

“I like your Zelda shirt,” said Thomas Fischer, smugly nodding in employee Maria Gilbert’s direction as she was helping a different customer. “Although you probably think Zelda is the boy when in fact she is the beautiful princess. Not as beautiful as you though, of course. I guess you’re too busy to talk right now. I guess I’ll just… wait for you.”

After perceiving himself as being ignored, Fischer reportedly then poked around the store for the next twenty minutes, openly scoffing at the prices and general existence of many titles for each current system.

“Yeah, I’m used to guys talking down to me,” said Gilbert, assistant manager of the Gamestop location in question. “Or hitting on me. Or being creepy and scary. But this guy really hit the trifecta.”

“Um, it’s called the triforce!” Fischer replied, revealing himself to be hiding behind a Mortal Kombat 11 cardboard standee directly behind Gilbert while she gave her statement. He then ran away while screaming obscenities at her. Left behind was a scrap piece of paper with his name and phone number on it.

Gamestop has been showing signs of losing steam as a company as of late, recently going so far as to preorder its bankruptcy and start charging for day care, and Gilbert feels this updated form of inappropriate customer behavior may prove to be the last straw for the long dominant games retailer.

“Female customers and employees alike know the deal when mingling with gamers in public,” said Gilbert. “Odds are sky high some guy in a Deadpool shirt is either gonna assume you don’t know your shit, try to intimidate you, or do some of the most incompetent flirting you’ll ever see. We’ve all made our peace with that. If they’re going to start doing all three though, I think I’ll quit my job and stick to streaming. Nothing weird or toxic there!”

Photo by Hard Times patron Sally Shodan. Sign up for our Patreon to be in a Hard Times photo!