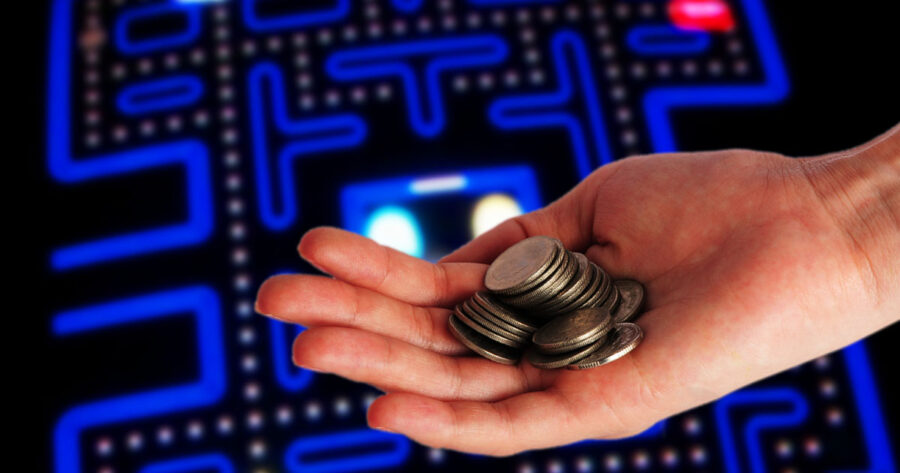 PHOENIX —  Anger erupted among several gamers after a local arcade machine suddenly began charging unsuspecting players 25 cents to access more of the game they already paid to play today, according to close sources.

“We see this kind of greed all over the gaming world now. Season passes, in game currency you have to pay real money for—whatever the fuck Bethesda’s up to these days,” said Irvin Long, one of the arcade’s frequent gamers. “Extending that kind of cash grab mentality to this arcade machine is just another slap in the face to the community that keeps these games alive.”

The game in question, a weathered Gauntlet cabinet, has long been a fixture in the back left corner of Canino’s Pizza and Pasta, a popular Italian eatery.

When asked about the controversial introduction of the 25 cent “pay to win” mechanic, pizzeria owner Arnie Canino explained, “My cousin gave me that thing when we opened over 20 years ago. It felt like leaving it in free continue mode was the thing to do at the time to drum up business. But our rent just keeps going up, and, honestly, we could really use the help.”

Frequent customer and one time high score holder Donnie Melendrez was also quick to condemn the unwelcome change, according to those close to him.

“It’s an abomination. I used to come here after a long day for a grandma slice and a chance to slip into the shoes of my choice of warrior, wizard, valkyrie, or elf and senselessly slaughter wave after wave of ghoulish fiends,” Melendrez fumed.  “But now with this new 25 cent charge for every continue, I wonder if it’s even worth it.”

He went on to ponder the slippery slope that microtransactions present, asking, “Where does it end? I mean what’s next, an extra charge for multiplayer access?”