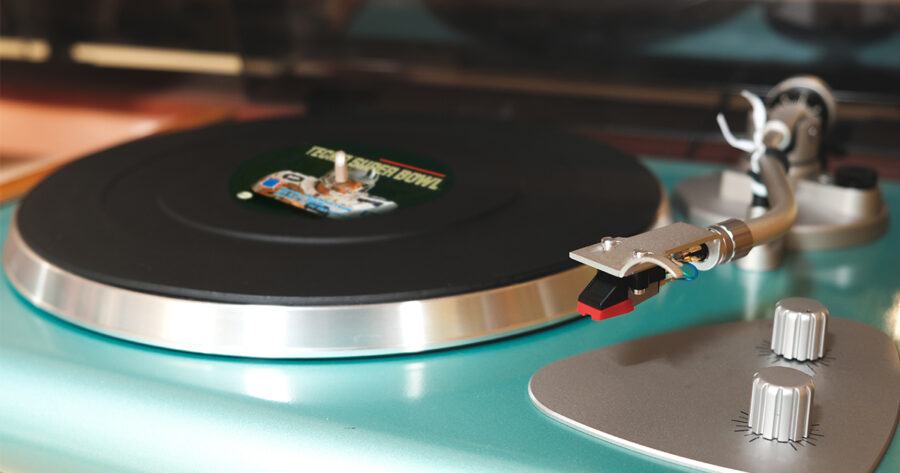 DETROIT — A recent gathering of friends at local gamer Matt Salazar’s house led them to wonder amongst themselves why exactly he felt compelled to own a double LP soundtrack to 1991’s NES cult classic Tecmo Super Bowl.

“I’m not trying to break his balls or anything,” said Jeff Townsend, a close friend of Salazar’s. “And honestly Tecmo Super Bowl absolutely fucks. I guess it’s just weird to picture having that in your record collection. Is he ever torn between listening to Tecmo Super Bowl or something else? And another thing, I’m fairly certain that the game does not contain four sides worth of music. I feel like these companies are taking advantage of guys like my friend Matt.”

Overhearing their discussion, Salazar then took the opportunity to cue up the record, which did little to settle their confusion.

“Matt  threw on some record they were arguing about,” said Kimberly Riley, another guest at the party. “And it was really cool! Well, at first. There were a couple of cool chiptune Nintendo sounding songs, I liked those a lot. Then I swear to god he flipped the album and there was a track that was a man yelling ‘Hut! Hut! Hut!’ for ten minutes. Why would he own a 180 gram 25th anniversary pressing with signatures all over it of this?”

After thoroughly disturbing the gathering, most of the guests made excuses to leave shortly after the album was played, much to the dismay of the party’s host.

“Welp, looks like everyone left me again,” said Salazar, looking around his empty living room. “Time to pull up something that will always be there for me, my limited edition Tecmo Super Bowl soundtrack, brown and white variant number 35 of 200, with signatures from many key developers, as well as Bo Jackson when I saw him at the airport that time. This record will never leave me.”

As of press time, Salazar had discovered that someone had swiped the record before they left.