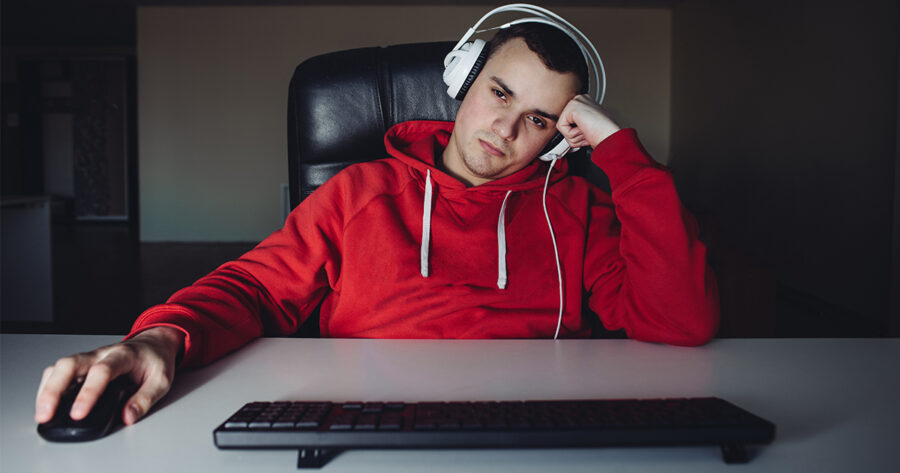 ORO VALLEY, Ariz. — Gary Pendleton has reportedly grown furious at his inability to follow the narrative story of a game whose first cinematic scene he skipped at the earliest opportunity presented to him.

Pendleton downloaded the game after seeing its high Metacritic score, not realizing that most reviews of the game focused on praise for its engaging and emotional storytelling. Several minutes in, Pendleton reportedly jammed on buttons until he forced the game to skip the opening cutscene, which also included an explanation of all the game’s mechanics and controls which he also didn’t understand as a result.

“Yeah, it was real frustrating,” he said of the game’s opening chapter. “I was mashing buttons but it wouldn’t skip the boring stuff. But then after I was done hitting every button on the controller I realized that in the pause menu was the option to skip the cutscene! Pretty sneaky. Frankly, it’s been the only puzzle I’ve been able to solve in this stupid game so far.”

Pendleton’s frustration echoed many of his recent complaints about the state of video games, namely their cost, treatment of employees, release strategies, character models, and difficulty. His complaint about the inability to follow most modern games, however, is the one repeated most often on his scarcely viewed YouTube channel.

“This is why games are still an imperfect medium,” said games critic Tracy Trumbull. “To fully appreciate the storytelling inherent in some of the high profile releases, the user must pay undivided attention for several consecutive minutes at a time. Between smartphones, the nagging pressures of the modern world, and a second monitor with Discord open, I’m afraid these cutscenes don’t stand a chance.”

Pendleton further went on to state that this was the biggest gaming blunder he had made since he started playing Undertale under the influence of marijuana and proceeded to murder every NPC he encountered.