Gamer Who “Plays Better While High” Has No Basis for Comparison 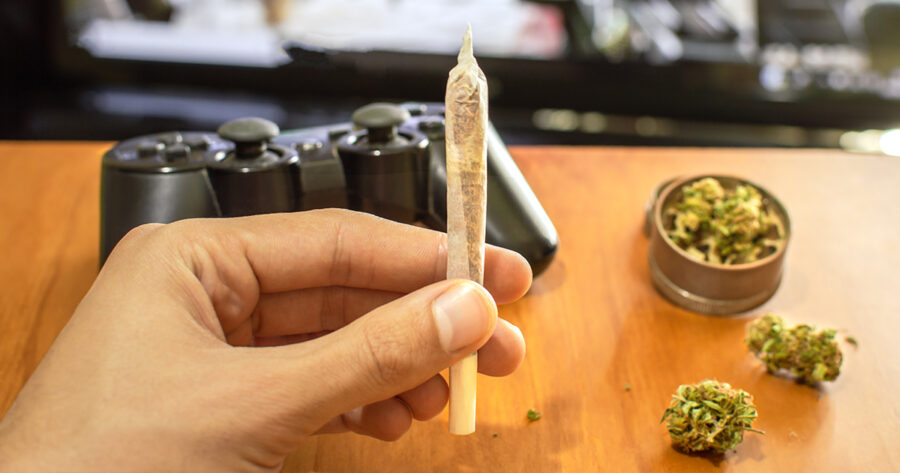 LOS ANGELES — Local gamer Aaron Hopper insisted that he “plays way better when he’s stoned” despite a complete lack of experience playing any other way.

“It helps me calm down and focus on the objective. If I played this game sober I’d get all tense,” said Hopper during a quick bong rip while his teammates fought off a rival squad in Call of Duty: Warzone. “Hypothetically, I mean.”

Hopper claimed marijuana also increased his effectiveness at cooking, studying, driving, cleaning, and sex, even though he had no reported experience doing any of those things without being absolutely ripped on that loud.

“Sometimes I’ll wake up in the morning and I’m not stoned, and it’s a real bummer,” said Hopper, opening his nightstand drawer to show off his edibles, vape cartridges, and joints, the most organized area of his home. “That’s what this baby is for.”

His squadmates had no basis for comparison either, but they were skeptical that cannabis had anything but a negative effect on his play.

“I’ve known Aaron for ten years, and I couldn’t tell you the first thing about what he’s like when he’s not stoned beyond belief, let alone whether he’s good at video games. That said, I don’t think he could get any worse,” said longtime friend Mollie Baxter. “Most of the time he doesn’t even seem to know what game we’re playing.”

Hopper also declared that listening to podcasts made him better at games, even though he had to rewind the episode every 30 seconds and retained none of the information.