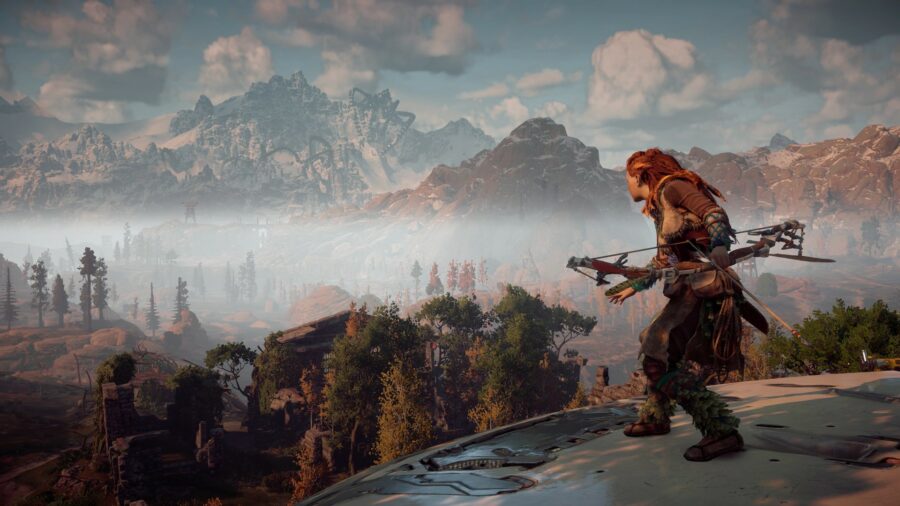 “I mean, sure, this is probably the most vibrant setting I’ve ever seen in a game. The graphics are gorgeous, and it feels like there’s something new to discover hiding behind every rock and tree,” Redmond told reporters. “I just wish I could skip it all.”

Many fans of the highly-praised video game complain online about the frustration of having to craft fast-travel packs for the opportunity to skip past the gorgeous gameplay that they agreed was compelling and unlike any other game.

“Constantly running between villages and battling against the robot-animals of futuristic Colorado with no fast travel makes doing quests a huge pain,” wrote Kat Plepek, a game reviewer for the website Playoint. “Why would anyone go through the trouble of lovingly crafting an entire forest filled with wonder and secrets, and not give players the option to completely avoid it? I don’t have time to feel transported to a mystical dreamland of enchantment and whimsy.”

Guerrilla Games designer Albert Okoro responded to the criticism in a statement posted to his Twitter account.

“We wanted to encourage players to slow down and really explore every bend and corner of this rich environment we created,” he wrote. “Mostly because I spent 6,000 hours of my goddamn life designing this shit and I want people to fucking look at it.”

At press time, Kelly Redmond complained in a lengthy Reddit post about how difficult it is to quickly skip through all of the dialogue that she says is a part of “one of the most fascinating science fiction stories [she has] ever played through.”