Gamer Dentist Has Almost Collected All the Teeth 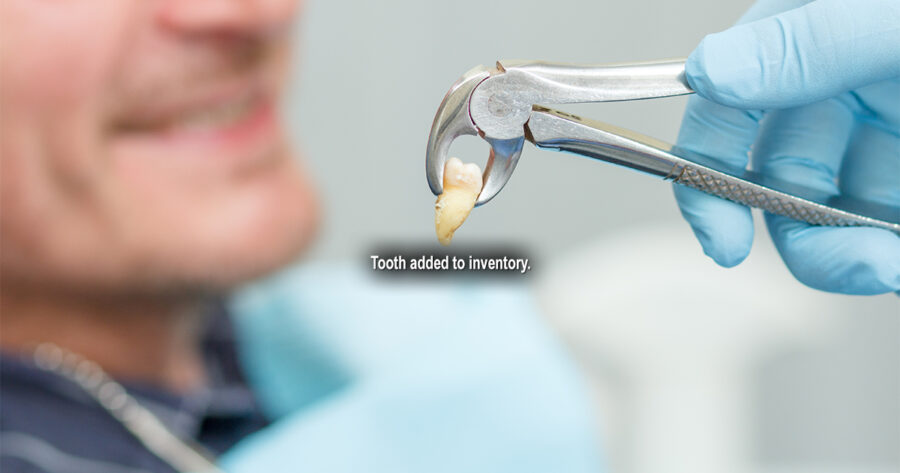 CHICAGO — A dentist that has been an avid gamer all his life has happily reported that he’s nearly collected every type of tooth that can be found in the mouth.

“I’m a bit of a completionist, so this is very exciting,” said Dr. Anthony Caldwell, D.D.S. of his nearly finished pursuit. “It’s a little harder than you might imagine to get out of here with someone’s tooth in your pocket come closing time. I mean, obviously the guy in the chair doesn’t want his tooth back, but we have procedures for getting rid of them, and everyone gets real weird when you insist on doing it all yourself and disappear into the back room.”

Many of Dr. Caldwell’s patients did not share his enthusiasm for what they believed the be an immature pursuit.

“My dentist has been collecting people’s teeth?” asked Judith Grandy, a longtime patient. “Hmm. That explains a lot. He used to offer me deals on getting certain teeth extracted? I don’t mean ones I was having trouble with, either. I mean he was like, ‘Oh man, I’ll give you all the money in my wallet for your number 8 maxillary central incisor,’  right after he told me all of my teeth were in perfect health. Then when I said no he’d pull everything out of his pockets and ask me if I’d trade my tooth for any of it.”

The revelation that there’s no greater purpose to collecting a complete set of teeth beyond the accomplishment he would feel came as relieving news to many staff members.

“That explains so much,,” said Nat Cooper, a receptionist at Dr. Caldwell’s office. “I mean, I’m realizing right now that I do have an awful lot of new questions, but at least I have some answers.  I straight up caught him putting someone’s tooth in his pocket one time and he just gave me a little shush motion and winked at me. I didn’t sleep for a week after that because I thought I worked for a serial killer. Working for a gamer doesn’t seem as bad.”

As of press time, Dr. Caldwell was trying to complete a new speedrun record for performing a root canal with no anesthetic.