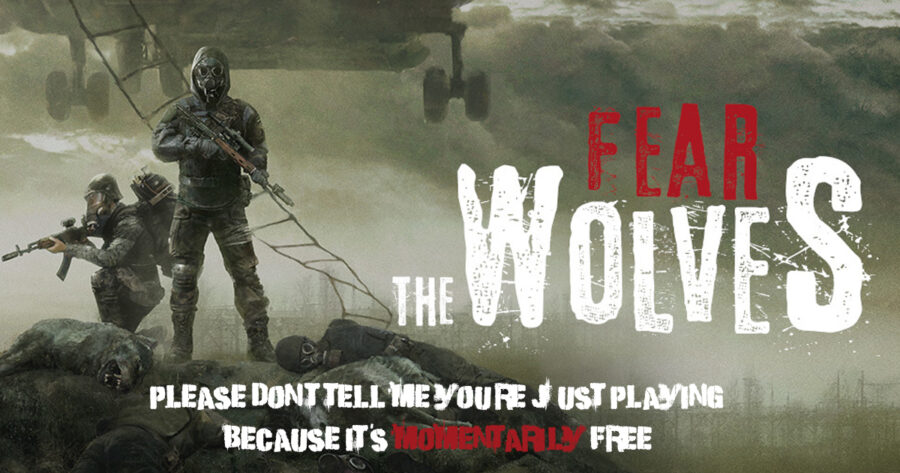 SIOUX FALLS — Indie battle royale Fear the Wolves was reportedly heartbroken after it realized you were only playing for the free trial weekend.

“I thought we had something special,” Fear the Wolves said. “I know I’m not the prettiest battle royale out there, but I have satisfying gameplay where it counts. Plus, I thought you were really vibing with my unique idea of 100 players fighting to the death on a shrinking map. But it turns out you only liked me because I was free and there.”

Fear the Wolves’ tiny playerbase swelled during the free trial weekend, a popular marketing technique experts refer to as “giving shit away.”

“There’s bound to be hurt feelings during these weekends,” relationship counselor Vicky Morrow told reporters. “Steam users like you are notorious for leading games on, chasing new titles even when you have a hundred unfinished ones in your library. It’s no surprise Fear the Wolves got its heart broken. A little-known indie just isn’t used to that level of attention.”

Fear the Wolves was later seen moping around the CS:GO store, mindlessly opening loot boxes one after the other.

“It was just a regular Friday night when you and I first saw each other,” Fear the Wolves said, sucking down an e-cigarette. “We locked eyes from across the store homepage. You were wearing a stained ‘how to spot a gamer’ shirt and no pants. I couldn’t believe a player like you would be interested in a game like me, but then you downloaded my client and we spent the next 48 hours in carnal bliss. You told me you’d always keep me installed locally and launch me every night. I thought we had something special, but then when Monday swung around you kicked me out of your house and went back to Apex.”

At press time, you were browsing the Steam sale page after lying to the games in your library you had to work late.