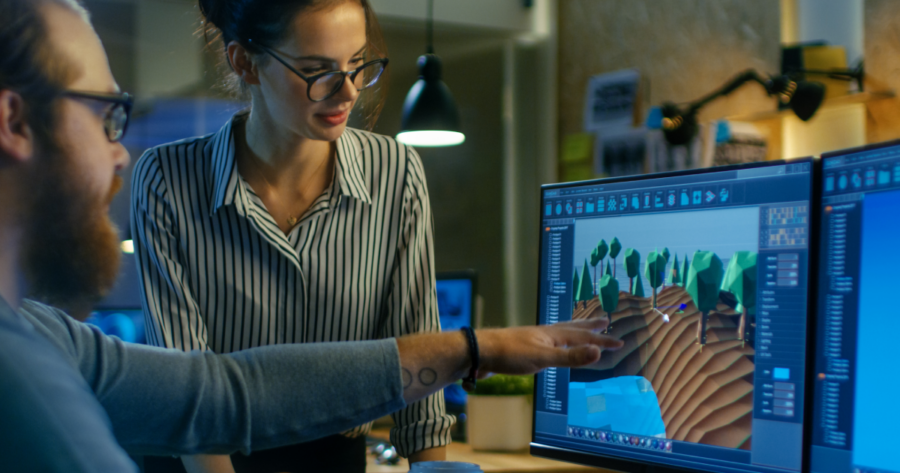 AUSTIN, Texas — Controversial game development studio Qth Dimension came under fire from the denizens of the internet yet again this week after it was revealed that they do, in fact, still exist and are currently working on future projects.

The outrage stems from a recent post that hit the front page of Reddit’s r/Games page in which the original poster explains that they visited the developer’s Twitter account to discover a string of tweets posted as recently as three days prior.

“This is yet another slap in the face,” said user u/DorimeDoritos, expressing his outrage that the studio would dare to offend the gaming community by interacting with it on Twitter. “QD sucks shit and always has. These companies consisting of self-aware human workers just doing their jobs are not welcome in the games industry, how many times do we have to remind them?”

The Redditors’ anger has been directed not only at the company, but also individual employees. Lead Writer Samantha Wilcox was forced to delete her Instagram account and set her Twitter to private to avoid harassment after gamers realized that she both had a corporeal body and sentience.

“It’s really tough being in the games industry as a woman,” she said pensively. “It’s even tougher when you can’t change the fact that you are a real and tangible person, a nonfictional character in the conscious world. A lot of gamers hate that about us.”

At press time, Qth Dimension had issued a statement apologizing to anyone who had been offended by anything they had ever done or created, including the apology letter itself.