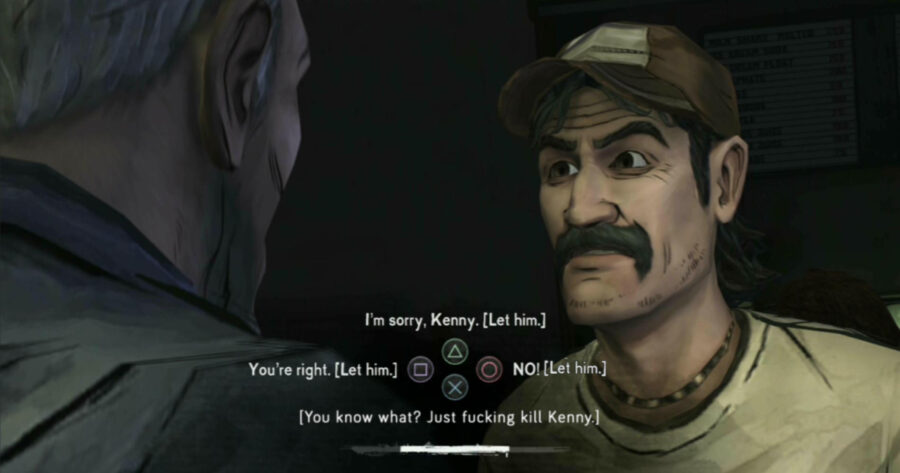 SAN RAFAEL, Calif. — Defying all story-boarding and programming, the latest entry in Telltale Game’s Walking Dead series features a bug that noticeably alters the course of the plot, in stark contrast to the developer’s signature illusion of choice-based linear gameplay.

Streamer Jen Reese first noticed the glitch during a pivotal scene in the first episode and made a vlog on YouTube to complain about it.

“I play Telltale games because I like to watch stories and click dialogue options that have a small impact on the scene I’m watching and then are completely undone in the next scene no matter what I do,” said Reese in the video.

“Basically, there’s a tense standoff where you have to negotiate with someone at gunpoint. At that point, it’s clear we are in a classic Telltale situation where you have to choose which character lives and no matter which one you pick to save, they will die immediately in the next episode.”

“Except after a few dialogue prompts, I managed to diffuse the situation completely and everyone lived. I knew the completely game was broken when I felt like my actions had meaning,” she complained to her YouTube fans.

The surviving characters later return in pivotal moments, potentially branching the story into a colorful web of consequences and emotional payoffs. Players who have encountered the glitch knew right away that something was wrong.

“Even the characters seemed aware of the problem,” said @zombieboi96 on Twitter. “They kept twitching with these stilted, unnatural movements like their bodies had a violent reaction to the concept of freewill.”

When questioned about the glitch, Telltale’s Creative Communications head Job Stauffer was at a loss.

“I have no idea how this is possible,” Stauffer said in an interview. “Our games are supposed to let players enjoy an interactive story but that doesn’t mean the choices are actually supposed to do anything. It’s like when you go to McDonald’s and they ask if you want pickles on your burger. Whether you say yes or no, you’re gonna be happy with the outcome of pickles.”

At press time, Telltale released a statement begging fans to interact with their games only by choosing a specific set of pre-approved dialogue options that would still lead them to the conclusion they intended for all players to end up with.