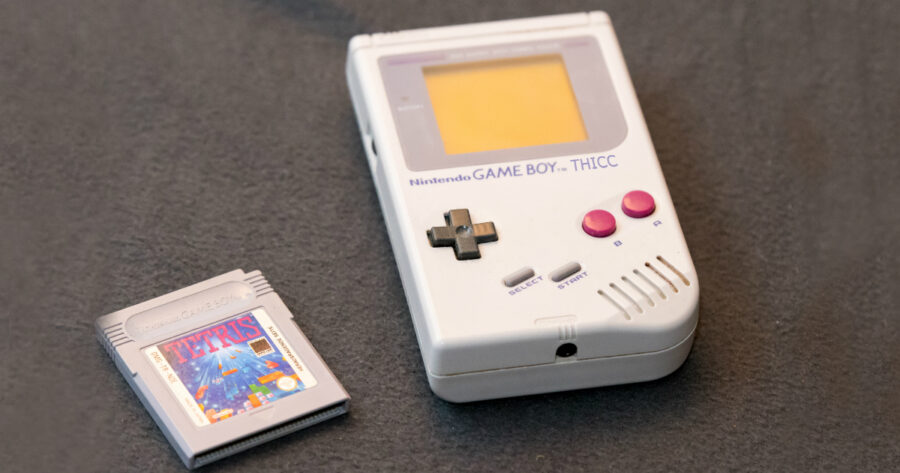 “This is a Game Boy that is truly beautiful and confident,” stated Kimishima during the company’s latest press conference. “People are tired of society’s same old 3DS models. The general public wants a Game Boy that looks like a real Game Boy, you know?”

The new device will reportedly be an unaltered recreation of the original system, which sold an impressive 118 million units during its initial run. The Game Boy Thicc will only play original Game Boy cartridges, such as Pokemon Red & Blue, which the company admits may be inconvenient for many gamers. Even so, Nintendo strongly feels that this is a move in the right direction, working to support body positivity for the next generation of gamers.

Fans across the globe saluted the company for their bold move.

“This is a huge step forward,” claimed Nintendo forum moderator Rodney Wilson. “Those slim Game Boys just don’t do anything for me. They don’t feel authentic. I’m so excited that my children will get to play with a Game Boy that reminds them that they’re beautiful just the way they are, and that big companies like Nintendo are pushing to change the status quo.”

Some consumers however, are not quite onboard with the new handheld. Many complain of the original console’s many limitations, communicating their disappointment in Nintendo for not updating some of the Game Boy’s basic features for today’s gaming standards.

“There’s still no backlight, so I have to play it under a lamp,” said Elizabeth Martin, sighing. “Honestly, the whole thing feels like a weird PR push to keep up with today’s lingo. That being said, I do find myself much more sexually attracted to these Game Boys as opposed to the thinner ones, so they have that going for them. I love my curvy Game Boy”

Nintendo also announced that if sales are positive sales for the Game Boy Thicc, they’ll be introducing rebranded versions of other popular products, including the N69 console, Vegan Duck Hunt, and something called Polyamorous Tetris.