Four Dead in 20 Mph Collision With Bump in Road 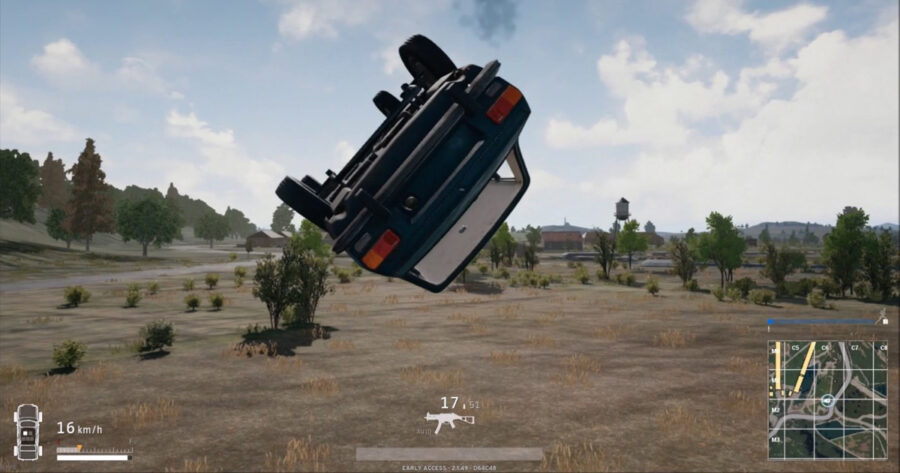 ERANGEL, Russia — Four people died today when a Dacia 1300 collided with a small rock at the edge of a local highway, launching the car into a violent series of flips and rolls that seemingly broke the rules of physics.

The passengers, two men and two women, were wearing full body armor, ballistic masks, and combat helmets at the time of impact. All four appeared to have survived gunshot wounds within the previous 10 minutes and were haphazardly covered in bandages.

“They all had bullet holes in their chests, but they healed those up with a combination of energy drinks and pills,” said medical examiner Boris Zeltin. “Unfortunately, their bodies were no match for the sudden 8Gs they experienced on impact with the pebble.”


The passengers were armed with a variety of combat rifles, pistols, and grenades. They also carried multiple shotgun choke attachments and hundreds of shotgun shells, but no shotguns.

“As for why they had this, your guess is as good as mine,” said Detective Vlad Shovenov, pulling a frying pan from the evidence locker. “This has a 5.56mm sniper round lodged in it. Even for Russia, the whole situation makes no sense.”

The Dacia 1300 itself sustained no damage. After completing their investigation, authorities left the vehicle on the side of the road with a full gas tank and the keys in the ignition as per procedure.