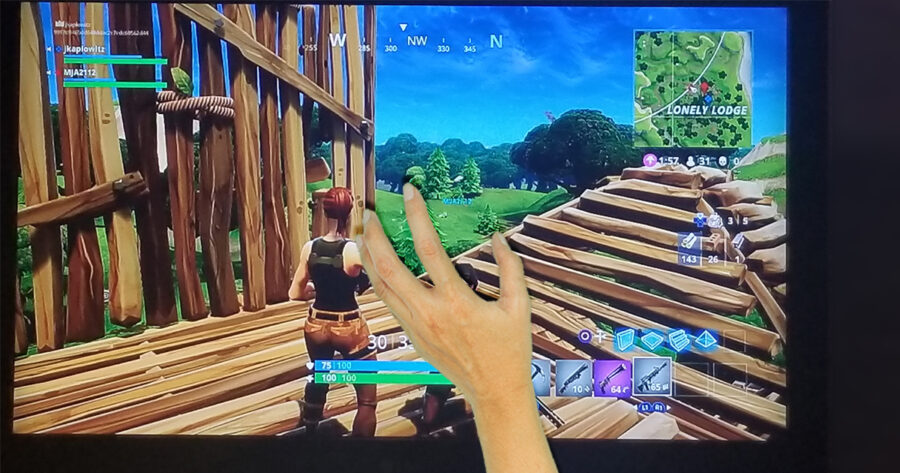 TOPEKA, Kan. — Ignoring the whistling rifle rounds threatening to prematurely end his 27-minute gaming session, freelance graphic designer Jaiden Thompson reportedly couldn’t bring himself to steer his Fortnite avatar away from his towering stronghold sitting just outside the safe zone, according to sources trying to line up a headshot.

“In a lot of ways, it became like a second home to me,” Thompson said, speaking softly to avoid waking the landlord: his step-mother, Karen Franklin.

“I think I successfully married the practicality of Federal architecture with the sheer scope and beauty of neoclassical edifices,” said Thompson, noting how, most importantly, “That motherfucker could have survived, like, a million rockets.”

As large and impressive as the structure was, the actual construction was swift.

“It only took like five minutes to build, and it only took that long because I kept accidentally building ramps over my head that I couldn’t get out from under,” Thompson said. “Most of my time was spent beating the shit out of cars with my pickaxe. Pleasant Park is basically just a bunch of bushes now.”

Thompson reportedly was so into his work that he didn’t notice the building would soon end up outside the white circle until it was too late.

“I had just finished sculpting a window on the 15th floor when I saw that giant, emotionless purple wave envelop my masterpiece,” Thompson said, a single tear rolling down his cheek. “I just thought we’d get more time together picking off the poor suckers below who stood in awe of my creation.”

At press time, Thompson’s character had thrown all of his weapons into the air as he succumbed to a well-placed shot from a lucky jackass using a goddamn Orange Sniper Rifle.