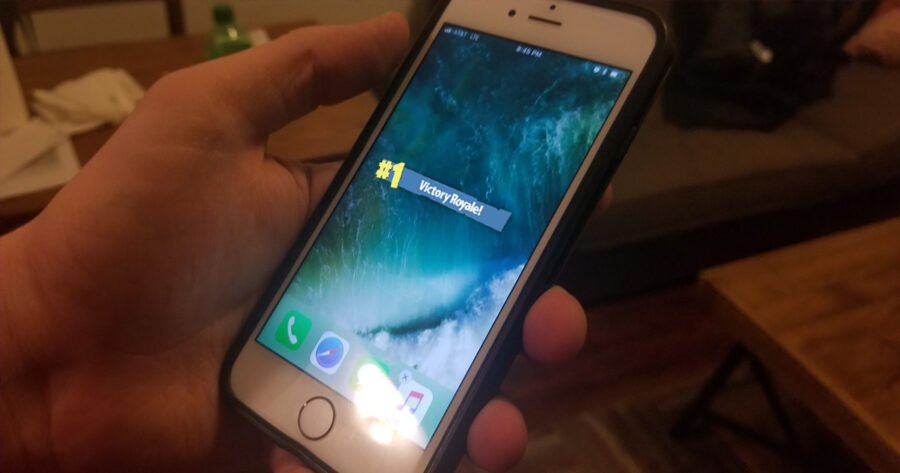 “At first, I was getting notifications about useless lower level apps like LinkedIn and Vero being deleted,” Haley Robins said to reporters at the scene of an Apple store located in the same town as the headquarters of Epic Games. “I started to take a screenshot to post on my Snapchat story, but then my Snapchat was eliminated before I could find the right filter to apply to it.”

Apple Genius Dylan Bailey was perplexed by the problem, according to close sources.

“After a few minutes of watching apps get deleted, I escalated it to the other Geniuses on site,” Bailey said. “But when I consulted with them, Fortnite stopped killing apps and just kind of camped on the Home screen for a few minutes.”

However, just before handing the phone back after assuming the issue had resolved itself, the mobile game squad-wiped all of Robins’ contacts.

“Oh shit, did you see that? Fucking brutal!” he said before advising Robins to contact Epic Games Support. “Your Facebook Messenger just got blown off the side of the screen as if hit by an impulse grenade.”

Robins declined, opting instead to contact her bank after growing concerned that recent unexplained charges to her checking account were a result of the Fortnite app mining her personal data.

“There was a lot of suspicious activity on her account,” reported bank manager Brenda Vickers, “A series of microtransactions had posted for items such as ‘JOHN WICK skin’ and ‘Dab emote’. However, we advised Ms. Robins to review her Terms and Conditions from the Fortnite app, as well as to grow up and play PUBG like a fucking adult.”

Immediately after the game finished wiping all other apps off of her phone and displaying a notification reading “Victory Royale,” the Fortnite app reportedly installed Twitch on Robins’ phone and launched a 24-hour donation stream.