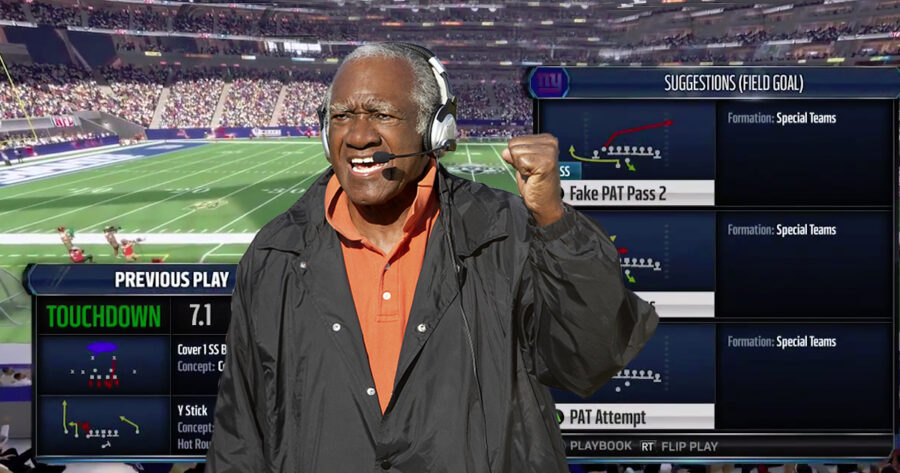 JACKSONVILLE, Fla. — Seattle head coach Mike Rubino celebrated his fifth Super Bowl win Sunday night after calling exclusively fake field goals on his way to victory.  The trick play has been a cornerstone of Rubio’s entire professional career, as it is the only play he has ever called.

“The idea is to always keep your opponent guessing, even if you’ve run the same thing hundreds of times,” said Coach Rubino during the on field celebration following the game. “After a while they’ll start questioning their own sanity, thinking to themselves, ‘There’s no way they’re going to try a thirteenth consecutive fake field goal.’  But you see, that’s the most opportune time to strike with one. Tricking the other team isn’t everything; it’s the only thing.”

“The guy’s a visionary,” Phillips said in a post-game interview, shortly after accepting the game’s MVP award for convincingly warming up for kicks the entire game.  “Football is a complex series of indefinite variables, but coach has it all boiled down to a single play that we run again and again.”

While the Seahawks offensive strategy proved a winning one, the victory didn’t come easily. The New England Patriots’ patented blend of Hail Mary passes and onside kicks almost proved too much for the Seahawks, keeping the score close until a tide-changing moment in the fourth quarter.

“Yeah, if it wasn’t for their linebacker getting injured and the ambulance driving out onto there and plowing through their entire first string defense, it might have went differently,” said Rubino.

The backup defensive line were no match for one last fake field goal, an end around bootleg ran by the holder for the game winning touchdown.  The victory is being called a redemption for Rubino, after forgetting he was playing in last year’s Super Bowl and accruing seven straight delay of game penalties during the game’s final drive.