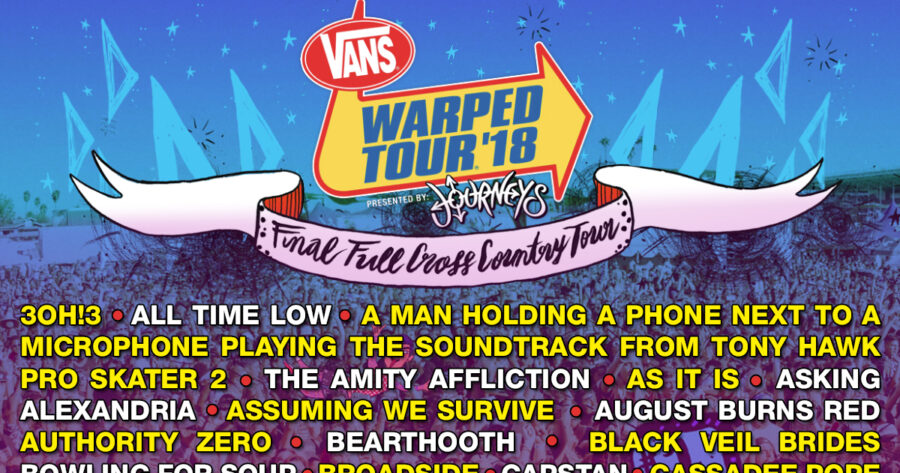 WEST PALM BEACH, Fla. — The storied Vans Warped Tour is set to end their final show by having some dude stream the Tony Hawk’s Pro Skater 2 soundtrack on his phone directly into a microphone on-stage.

“It is an honor to perform one of the seminal albums in punk history,” said play button presser and part-time college student Alden Mayberry. “Oh, it was a beloved video game, too? Well if I can take people back to that month in 2000 when they were motivated enough to almost ollie, that’s chill, I guess.”

Mayberry is booked to headline the lineup, dominated by scene kid stalwarts like 3OH!3 and The Maine, that many attendees reportedly feel fail to “up the punx.” According to Warped Tour creator Kevin Lyman, the choice to book Mayberry for the final show is an attempt for the festival to go back to its roots.

“At every Warped Tour, there’s already a band playing at 2 p.m. cover of a Tony Hawk 2 track, so we might as well book the real thing,” explained Lyman to reporters. “And I really want people to have that real THPS2 experience, which is why it’s gotta be some dude who looks like your college roommate’s friend playing the entire thing on YouTube.”

Talks for a 2019 event to celebrate the tour’s 25th anniversary have strengthened, with management hoping to combine Warped Tour with the X Games for an all-new festival experience with the rumored headliner being a time machine that takes all the guests to the year 2000.