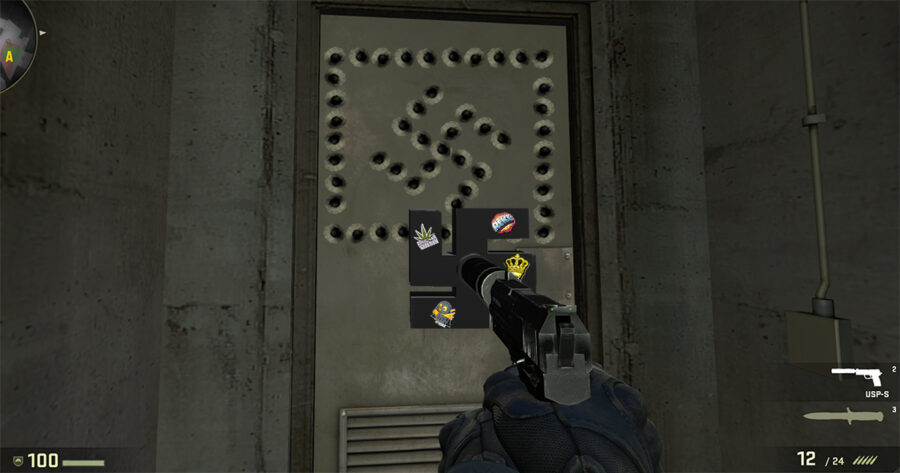 BELLEVUE, Wash. — Some players of the popular first-person shooter Counter Strike: Global Offensive are outraged following a new update that features a pistol gun barrel that is in the shape of a swastika, claiming it allows amateur bigots to compete at the highest level without earning it.

Longtime professional CS:GO player and anti-semite Darryl Wolski, who goes by JewH88terSnip3z in the game, says the move is insulting.

“I spend a lot of energy expressing my disgust for minority groups in online games like CS:GO by using bullets to create swastikas on walls like a racist Picasso,” Wolski explained on a popular CS:GO forum called StormFront. “Now any idiot can just plop a swastika on the wall regardless of talent; I personally find it more offensive than the Holocaust, which, by the way, definitely did not happen.”

Many fans of the competitive shooter expressed agreement online. A 37-year-old systems manager who goes by xXSkinheadInTheStreetsAlsoSkinheadInTheSheetsxX posted a message saying, “Anyone can be intolerant, but my racism is an artform. What is the point of hatred if it doesn’t have that human touch?”

CS:GO’s developer and publisher Valve responded to complaints in a news release, saying, “Since Counter-Strike came out in 2000, we’ve always had a problem with people using bullets to draw Nazi symbols. They’re almost always lopsided or half-finished due to the artist being killed mid-hate crime. We want this to be an inclusive game, where anyone can draw a recognizable swastika.”

Valve went on to hype up other new CS:GO additions, including a tactical shotgun that automatically locks on to women in the game and blasts them with misogynistic jokes, as well as a knife that instantly kills any players of color if they are unarmed.

As for a rumored weapon that sprays bullets into the shape of a penis, the company says that idea violates their terms of service on sexual imagery.