Fallout 76 Walkthrough: How to Get Some of Your $60 Back 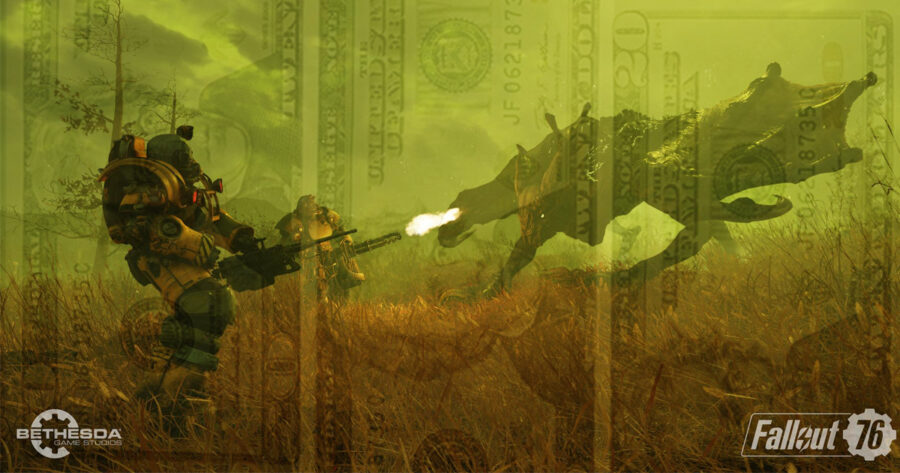 Fallout 76 is an ambitious and wonderfully realized attempt by Bethesda Softworks to create a world in which players can pontificate how to secure some or all of the $60 they’ve recently spent while staring at a frozen image because the game locked up. After spending hundreds of hours over dozens of attempts to get something back for our copy of Fallout 76, we present the following guide to recouping some of your loss.

First, begin the game and take control of your character. Fallout 76 will walk you through some tutorials. Feel free to skip them, because you are just going to get rid of the game anyway. As soon as you make your way out of the vault and into the Appalachian wasteland, check your friends list to see if your any friends are playing, and would like to join you on this journey of financial redemption.

Sell it in a Fallout: Brotherhood of Steel Case on eBay

If you have a physical copy of Fallout 76, the first step is to try and scam some other sucker into buying it. We’ve found the best strategy is to disguise it in a better received game and sell it on eBay. Make sure you have a barter skill of at least 30, otherwise this method will fail and turn the buyer hostile. The world reacts to you, and some quest lines could end immediately if the quest giver becomes hostile. So just keep that in mind.

Break the Disc Into Shards and Use One To Rob Somebody

Another option if you own the physical disc is to use it for crafting. You just have to dismantle the disc into its components (plastic shards, developer blood) and combine it with some “shitty vinyl” (obtained by dismantling the shitty vinyl bag that came with your Ultimate Edition) to create a shank for robbing passersby in alleyways. If your crafting skills are too low to do this, you could probably just use a gun instead.

Secretly Hide it in Your Console, Then Sell It

If you bought the game digitally, don’t worry. Low intelligence builds are absolutely viable in getting some of your $60 back. Walk up to any shopkeeper that has a “sell” or “trade” option and sell them the console with Fallout 76 on the hard drive. Most shopkeepers have a Perception stat of less than 3, and if you have a sneak skill of at least 25, they won’t ever realize they bought a console with a skid mark in its underwear.

If you have a CHR (Charisma) stat of at least 7 and the perk “Captain Obvious”, you can use gameplay footage to tell the internet how bad Fallout 76 sucks. If you don’t have the “Captain Obvious” perk, or you happen to have low CHR and INT, you can always try to make a video defending Fallout 76 as “not that bad” or “kinda fun with friends”. Either way, there’s a chance that after years of consistent gaming content, you might get some kind of monetary return for your videos eventually, which is better than nothing, which is better than having to play Fallout 76 ever again.