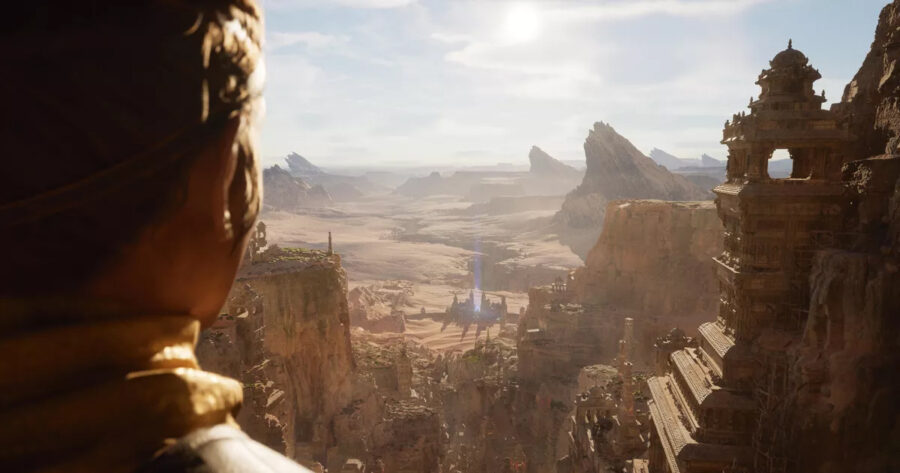 CARY, N.C. — Epic Games revealed their upcoming Unreal Engine 5 today, a program with such staggering capability that experts are worried it will deplete the world’s supply of triangles within the next console generation.

“Few realize this, but the earth only has a finite supply of triangles,” said Sierra Club President Loren Blackford. “We’ve been worried about dwindling triangle reserves since the release of the Playstation and Nintendo 64. Before then, systems could render maybe 50 triangles per second. But suddenly there were multiple systems capable of rendering over 100,000 triangles per frame.”

Shortly after the release of the fifth console generation, environmental researchers began seeing a noticeable reduction in geometric complexity around the globe.

“The first areas hit were places with dense vegetation like the Amazon Rainforest,” explained Blackwell. “Without sufficient vertices, we saw entire swaths of the forest replaced with low-poly versions. It was ugly.”

“With the advent of the sixth and seventh console generations, we began seeing damage in areas once thought immune,” added Blackwell.

Many users around the world have noticed the devastating effects.

“I’ve been climbing my whole life,” said professional rock climber Chris Sandoval, “and the loss of graphical fidelity in many mountain ranges is depressing. The Himalayas are just a skybox now. If we don’t act we’ll be lucky if the earth looks like the original Star Fox after this.”

When asked how to solve the crisis, Blackwell suggested a fundamental shift in AAA game development.

“Instead of making the same games, but with better graphics, we need new ways to use the graphics we already have.” Blackwell said. “Maybe a game where you play as the thoughts of a bird or something?”

When asked if she would purchase one of the next-generation consoles, Blackwell responded, “No, I’m doing the responsible thing. I’m still playing Snake on my Motorola Razr.”