Expert DDR Player Dances Like He Hopes Anyone Is Watching 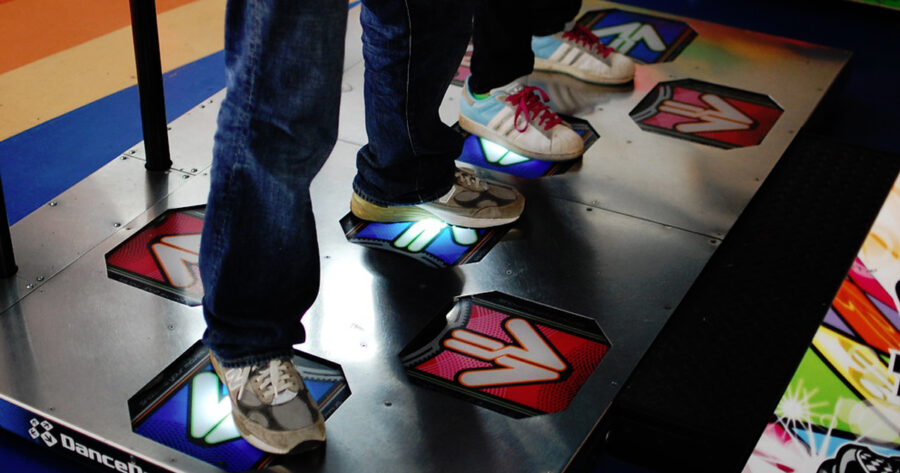 HICKSVILLE, N.Y. — Frequent Round One Arcade attendee Martin Hannon was seen breathlessly playing Dance Dance Revolution on expert, desperately hoping to draw the attention of anyone in his vicinity.

Hannon was playing notoriously hard songs such as “Paranoia Survivor Max ONI” and “Valkyrie Dimension” on their highest difficulties. Though Hannon lives by the motto, “Dance like nobody’s watching,” he reportedly was really hoping that literally anyone was seeing his “sick” dance moves.

“I’m gliding through all the steps, getting perfects all the time but apparently no one wants to support a local artist,” Hannon said in an interview with a shrill and shaky voice. “Someone has to be impressed, right? I mean, this looks cool. Way cooler than whatever anyone else in this stupid arcade is doing.”

As the night progressed, Hannon spent hours doing anything to garner attention for his DDR gameplay. He pulled out multiple costume changes, including a rainbow wig as well as a fursuit with glowing eyes, and even hacked the game’s sound system to raise the volume to ear-splitting levels in the hopes that he’d at least get a couple of glances. Unfortunately, no one looked up from their Time Crisis playthroughs or prize machine attempts to watch his performance.

According to Round One employee Kurt Bloom, this is far from the first time that Hannon has failed to gather a crowd while he played DDR at the arcade.

“He’s here almost every Friday night doing stuff like this and he’s usually alone,” Bloom stated. “He does all this crazy shit trying to get people to watch him. We used to give him shit for it, but he’s basically doing more maintenance on the machine than any of us combined so as long as no customers complain we just let it slide.”

“And no one does because no one is paying attention to him.”

Hannon was last seen at the DDR machine hooking up his own speakers and microphone so he could sing the songs while he danced despite not knowing any Japanese.