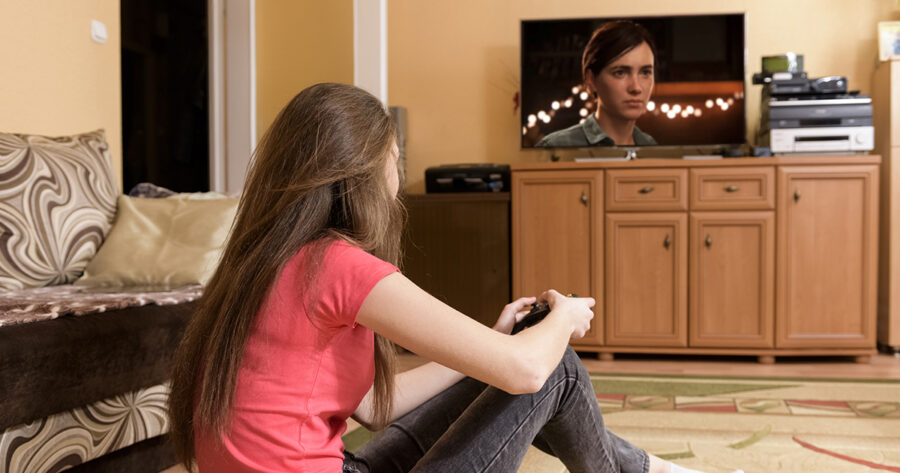 UPPER DARBY, Penn. — After dying 12 times in a five minute span playing The Last of Us, local gamer Christine Zeits claims the game began pleading with her to give up and lower the difficulty mode.

“It started out subtle with loading screen hints like ‘Don’t forget, you can switch to easy mode at any time,’” Zeits told reporters as she threw her clearly-unwashed hair into a bun. “After about 20 more deaths, they got more intense saying, ‘We swear no one will judge you, dude,’ and ‘Please, oh god, make this end.’”

Zeits proceeded to ignore the warnings, stating she had to stay on normal mode out of “personal pride.”

It was only when the threats became increasingly disturbing that Zeits reportedly started to waver. 45 deaths in, with no visible progress being made, the game began sending non-playable characters out with messages.

“At one point my NPC partner, Tess, yelled ‘the entrance is just up ahead, past the 18-wheeler, and by the way, now would be a super cool time to lower your difficulty, friend!’” Zeits explained. “Even the ‘Clicker’ zombies, who aren’t supposed to talk, started getting in on the shaming action, moaning ‘You’ve got a lot going on in your life right now. Things are already so hard. Why not consider easy?’ before gobbling up Joel’s jugular because he won’t fucking run where I tell him to.”

The most startling moment came when, after pausing the game to take a “piss break,” Zeits returned to find an eerie message waiting for her in her PS4 inbox. The acquired memo states “Dear player — I am begging you. Imagine your darkest hour. Perhaps it was a cutting insult or memories of chances not taken that trapped you inside a gut-wrenching agony for days on end. Now picture yourself reliving it over and over and over again with no power to stop it. You can stop it. Switch to Easy. Thank you.”

After reflecting on the message, Zeits decided to try one more time and managed on her 84th attempt to get past the troublesome section. At which point she died six times in a row at the next obstacle, causing the game to spin the disc in her PS4 so violently that it set the console on fire.