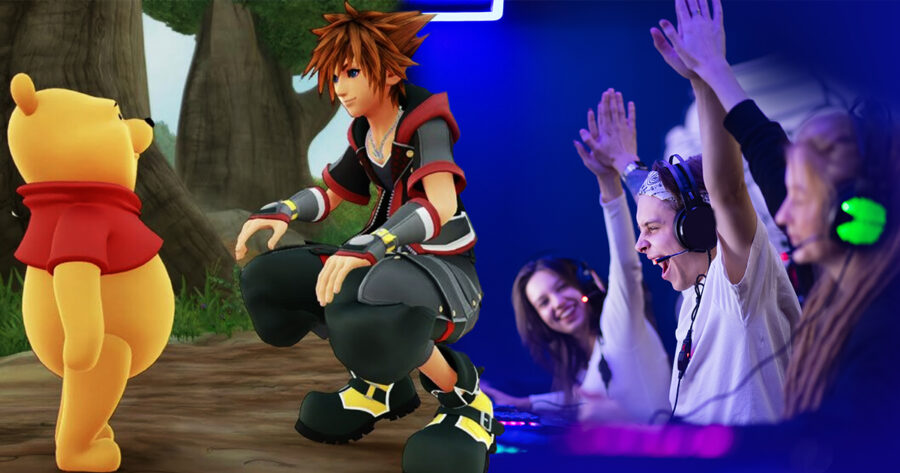 LAS VEGAS — After emerging victorious from the 2021 Global Fall Guys Ultimate Championship Showdown Series and being asked what he’s going to do next, esports athlete XxBlazeLordxX proudly announced to reporters that he’s goin’ to Kingdom Hearts.

XxBlazeLordxX, who purchased a Game Hopper pass that will allow him to travel freely between all thirteen console, mobile, and PC iterations of the long running series, says he’s excited to share the special experience with his family during their visit to the happiest action role-playing video game franchise on Earth.

“My kid’s obsessed with Xehanort. He loves collecting all those hearts of pure light and shards of darkness that comprise the legendary χ-blade,” XxBlazeLordxX said with a glint of childlike wonder in his eye. “So I can already tell you that we’re gonna be spending a lot of time fuckin’ around at the Destiny Islands attractions.”

In addition to making sure his son has the time of his life at Kingdom Hearts, XxBlazeLordxX admitted that he’s still a kid at heart who’s looking forward to the trip for personal reasons as well.

“God, I hope I can get Sephiroth’s autograph,” XxBlazeLordxX said wistfully as he began to plan out his weeklong trip to the Square Enix/Disney collaboration. “I’m gonna have to show up before the loading screen ends if I even want a chance to get a decent spot in line. Then I can always get Goofy’s autograph later—nobody’s gonna wait in line for that shit.”

While XxBlazeLordxX was excited for his trip to the hack-and-slash fantasy series, he remained clear-eyed about the strategies he would have to implement for a successful visit.

“I’ll tell you this right now: we are sneaking our own keyblades into that [critically acclaimed multimedia universe],” XxBlazeLordxX insisted. “I made a lot of munny off of this tournament, but not paying-9999-munny-for-a-souvenir-keyblade munny.”

At press time, XxBlazeLordxX also made sure to thank his mom — who was right upstairs.