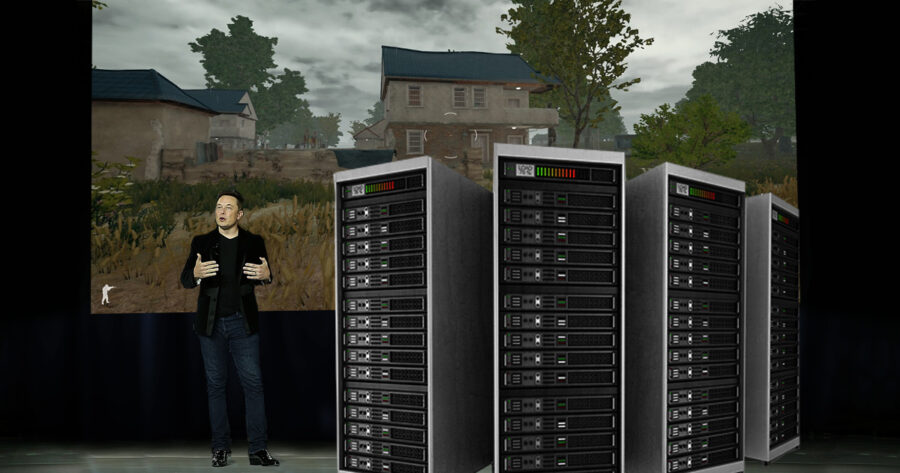 The supercomputer, which cost $5 billion to build, has the ability to create an entire new universe capable of creating life from scratch or run PUBG without having all of the buildings look like they are melting, but it cannot do both at the same time.

“This breakthrough proves beyond any reasonable doubt that our own universe is most likely a simulation and in that simulation we do not yet have technology to run PUBG at 4K with a steady 60FPS,” said Musk at the event, after praised his team’s work that led to the dual triumph. “That being said, both the universe and the PUBG game feature bushes that look exactly like people from far away. Not sure how to get rid of that.”

After showcasing to reporters the depth of the simulation by watching an entire civilization rise and fall over a thousand years, the demonstration hit a technical slag while Musk played a few rounds of PlayerUnknown’s Battlegrounds that included buildings not loading properly, three crashes and frequent FPS drops that caused him to be killed immediately.

“I was very surprised,” said a programmer who watched the event from the audience. “This is by far the most powerful computing device the human race has created. I was hoping they could run PUBG at a smooth 60FPS, but apparently this simple deathmatch game requires a better graphics card than the one we have simulating every individual member of an entire species down to their very atoms.”

In response to the unveiling of Musk’s supercomputer, Amazon.com CEO Jeff Bezos bought Intel and announced the company is developing a new supercomputer that simulates the universe as well as the afterlife and capable of running PUBG and only stuttering a few times after parachuting out of the airplane.