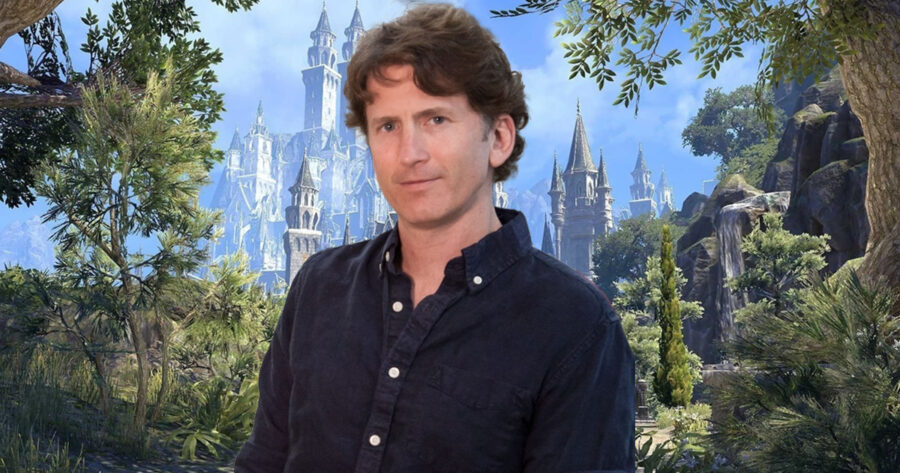 ANAHEIM, Calif. — The Elder Scrolls VI, one of the most highly anticipated video game titles for the next few years, was unfortunately delayed by Bethesda’s director Todd Howard after Howard’s mom, Cindy Howard, made him put down his video games and go play outside for a while.

“But mooooooom,” Howard pleaded as his mother unplugged his dev team’s monitors. “We’re having fun! This is so unfair. You told me I could have the graphics department over today! You’re letting down millions of people. What if I promise to clean my room tonight, can we stay inside? Please? There’s not even anything to do outside. We can’t code, record any voice work, and Timmy O’Donohue’s family went on vacation so we can’t even use their basketball hoop. Ugh, I wish I was staying at Dad’s house this weekend.”

Cindy Howard kept to her word and made sure Todd didn’t spend his whole day cooped up inside.

“Don’t back-talk me, Mr. Man,” Mrs. Howard retorted. “You’re going to do something outside and I don’t want to hear any guff about it. If you want to stay inside so bad, how about I ground you for a week and take away your Alpha test build for a while? That’s what I thought. I don’t care if your Skyrim sold 30 million copies, no son of mine is going to spend all day with his little friends in front of the TV. Look out the window. You see that hill? You can climb it.”

At press time, sources close to Howard reported that the game may be further delayed after he asked his mother if the beta testers could have a sleepover that night, but was unfortunately rebuffed.