BREAKING: Republicans Have Elected Mohg, Lord of Blood as Speaker of the House 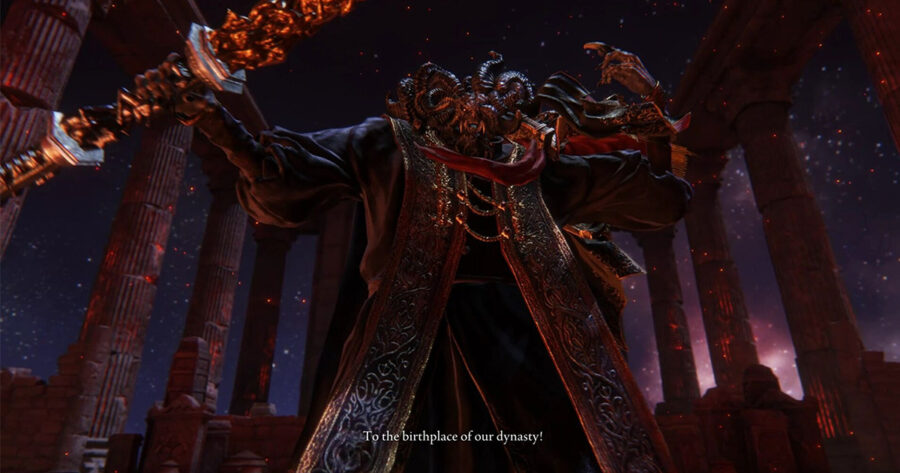 WASHINGTON — After congressman Kevin McCarthy lost the first vote for Speaker of the U.S. House of Representatives, the Republican Party united around a consensus candidate: the Omen demigod Mohg, Lord of Blood.

“We just feel that an establishment guy like McCarthy doesn’t reflect the future of the Republican Party, whereas Mohg is exactly what we’re looking for,” said Rep. Matt Gaetz of Florida. “Nobody combines so many different skillsets that we value: vomiting accursed blood, for one, but also torturing those who stand in the way of his power — that’s a huge one, too.”

Even previous supporters of McCarthy came on board, once they learned that Mohg stood for all the same things.

“I wasn’t sure at first, but then I learned that Mohg is committed to maintaining American values, protecting religious freedoms, saving unborn babies from the Democrats’ sick pro-abortion agenda, and embracing accursed Omen blood to be able to wield bloodflame magic,” said Marjorie Taylor Greene of Georgia. “What else could we ask for?”

“Mohg is no saint, and certainly I disagree with him in some key areas. For instance, I don’t think we should harvest human beings en masse, using their blood to resurrect Mohg’s half-brother Miquella. It’s just not smart policy,” said moderate Republican congressman Josh Gottheimer. “But hey, as long as we cut Medicaid, I’m willing to get on board.”

At press time, Democratic minority leader Hakeem Jeffries had just read out a statement condemning the election of Mohg.

“Welp, that sucks,” said Jeffries, in part. “Not really much we can do about it, though. Just sucks. Damn.”