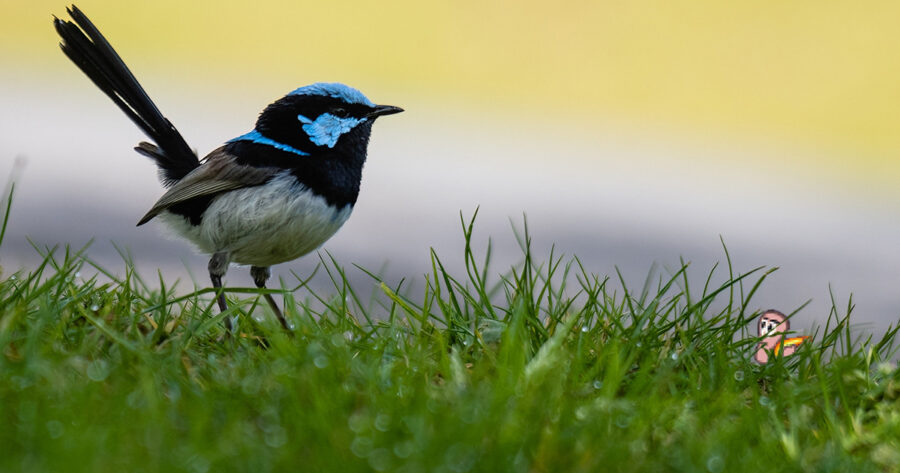 NEW YORK — A bird attempting to eat a worm earlier this morning was absolutely blown away after it threw a pitch perfect Banana Bomb in self defense, sources have confirmed.

“That was one of the strangest things I ever saw,” said Lisa Townsend, who was out jogging when she saw the violent incident. “This bird was going around eating worms, nothing too bizarre there, just kind of gross. This is where you’re going to think I’m shitting you, but this one worm started hopping up on some sticks and then he threw a tiny little exploding banana thing and and just blew the bird all to hell! I swear I’m telling the truth. And okay, don’t leave, but do you know what happened next? The little motherfucker said ‘righty-o,’ in a British accent.”

“The park is too weird,” she added. “I’m just gonna buy a treadmill I think.”

A city sanitation worker cleaning up the remains of the bird seemed to confirm what the witness reported.

“Oh yeah, you won’t believe the shit I’ve seen these worms do to each other,” said park employee Clark Rutherford, as he cleaned the tiny killing ground. “People don’t realize the violence that is happening on a literal ground level out here. Not to perpetuate any harmful stereotypes, but you want to be careful if you ever come to New York City, it’s dangerous. And it’s not even the people. It’s the worms. They have land minds and Uzis and shit. I mean, look what they did to this poor bird.”

Reports of behavior straight out of the popular Worms video game franchise caught developers by surprise.

“That is very odd, are you sure that’s all happening?” asked Andy Davidson, creator of the popular tactics based multiplayer games. “Worms was just our silly twist on an artillery game, we swear. We didn’t take our microscopes to Central Park and become aware of a generations-long battle between warring factions of worms of different ethnicities, honestly. Swear to god. That is like, super not what happened. But hey, look, we’ll answer any and all questions you have about this.”

As of press time, a localized airstrike had abruptly ended the interview with Davidson.