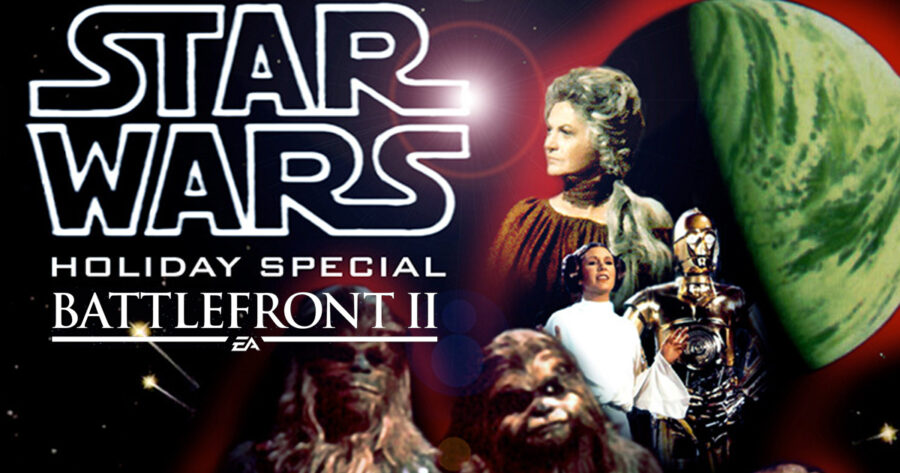 “We know we could’ve done a better job handling this franchise,” reads a message greeting users this morning from EA and DICE, the game’s developer. “You let us know we dropped the ball, and we hear you loud and clear.  Please accept this complimentary Star Wars Holiday Special DLC, and our apologies for not getting this right before.”

Features in the new download include a thrilling (though brief) campaign mode featuring Han Solo trying to get Chewbacca back to his home planet of Kashyyyk in time for the annual Life Day celebration, with several surreal side quests along the way.

“There’s a lot in here for true fans,” said Oskar Gabrielson, general manager of DICE.  “Boba Fett, the Mos Eisley Cantina, a level where you watch a wookiee watch a cooking show for an inordinate amount of time. We really feel this is one of the strongest apologies we’ve issued to fans yet.”

Early reception of the free additions have been mixed, with many players unsure if the included content was enough to sway the overall experience of the game.

“I guess it’s nice that they’re trying,” said Jamie Redfield, a Battlefront II fan. “But honestly, I doubt I’ll ever play the 30 hours it takes to unlock Bea Arthur.”