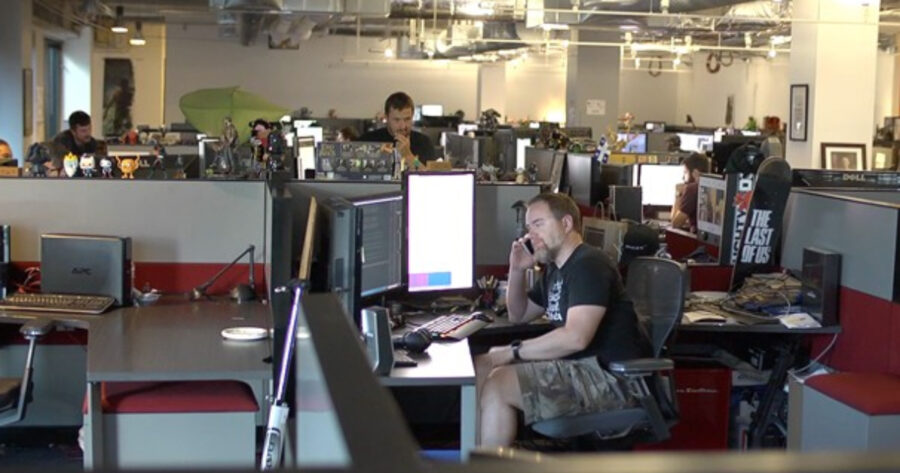 SANTA MONICA, Calif. — A programmer who recently had her personal address leaked online was glad that her employment at Naughty Dog ensures she is rarely there, several exhausted coworkers have confirmed.

“I wish I could say this surprised me,” said Miranda Keller, a graphics programmer with Naughty Dog. “I’m the third person this month that’s been doxxed. We all just sort of laugh about it, since we’re lucky if we spend two nights a week away from the office. Especially now that our game shipped, there’s just too much risk in going home. Hey, could someone ask the cops if my hamster was doing alright?”

Doxxing is the disturbing practice employed by gamers in recent years in which a tactical response team is sent to someone’s house under falsified threats of violence.

“Yeah, I’m always leery we’re going to bust in on some kid playing on his computer,” said SWAT officer Ted Barker, who took place in the ambush. “But this was some other kind of prank I haven’t seen yet, where we got sent to an abandoned house. Well, mostly abandoned. Some squatters seem to have broken in and cooked food here a few weeks ago. You hate to see it.”

Naughty Dog VP and The Last of Us 2 writer/director Neil Druckmann defended his company’s documented practice of demanding unreasonable work schedules of their employees.

“I am so happy no one was hurt in this horrible act,” he said. “I shudder to think what may have happened if Miranda worked somewhere where the office culture wasn’t one of shaming those that didn’t constantly work overtime. What if she had been in her home at 10:00PM that fateful Tuesday? Do you see how unsafe leaving the office can be?”

Druckman concluded the press conference by promising to prioritize his employee’s health and safety, and to dock Keller for the time she’d spent from her work day talking to the press.

Editor’s note: Keller’s hamster did not survive the interaction with police.