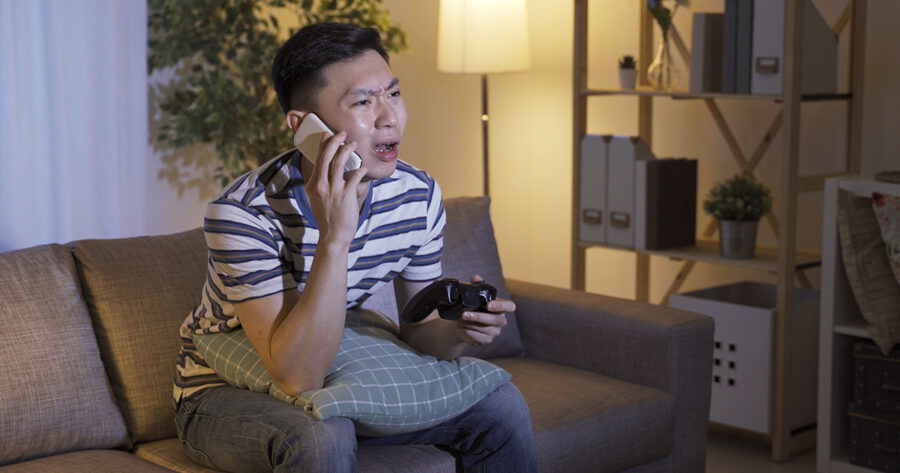 “Free game my ass,” said Patricia Burns, Derek’s very annoyed mother. “We fought about him downloading that thing for two weeks before he finally convinced me it was free. Now I got this month’s internet bill and there’s a new charge right on there! My son is a liar and I’m afraid I no longer love him as much after this. He lied right to my face.”

The game’s installation required an estimated 90 gigabytes of data, which caused the household’s monthly usage to be well beyond the allotted amount.

“Look, this is completely off the record,” said Charles Armstrong, an executive at Cox who wished to remain anonymous. “But that’s our whole racket. Get you on a plan and then we can hit you for overage fees. You get a couple unsupervised kids with smartphones and consoles, you can really rake it in. Hey, what are you writing down? You’re not my doorman!”

Having learned to no longer trust what her son tells her, Patricia says that Derek has been grounded from all of his devices, and will now spend the rest of the summer contemplating the ways in which he let down his family.

“Thanks for everything guys,” said Burns. “I probably should have considered the specific policies of my particular ISP service and which pricing plan my parents were on when I saw that free game advertised on the storefront. Could you tell all of the adults at the video game and cable companies that this 13 year old is sorry I won’t be able to play Warzone now? Boy, I really blew it this time.”

As of press time, Burns was offering to mow lawns in the neighborhood to help pay back the money the free game cost his mother.