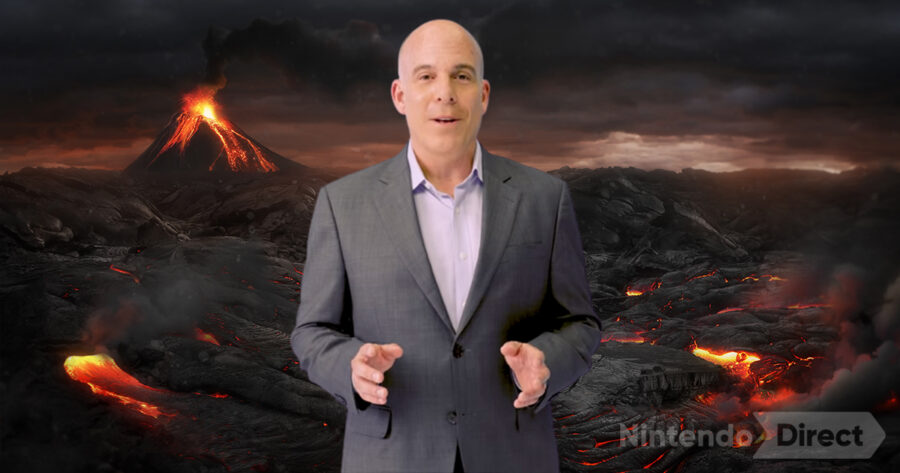 REDMOND, Wash. — Nintendo of America President Doug Bowser has confirmed today that, much like the iconic Mario villain he shares a name with, he is unable to withstand being thrown into a pool of lava.

“Oh yeah, my body wouldn’t be able to handle that at all,” said Bowser today, addressing the allegations. “I’m not sure what sort of answer you were expecting, but there’s no way I can make it through a thing like that. And as per your tail question, I am not going to disrobe to prove anything to you. However, I assure you that I am not hiding anything.”

Gamers across the world now wonder if the vulnerability to getting chucked into lava is where the similarities between the two Bowsers end.

“Just a little weird, man,” said longtime Nintendo fan Brandon Brant. “Like ok, we all laughed about the ‘Bowser’ thing at first, but now this? It’s a little strange, a little too coincidental if you ask me. Now that he’s been there for a while, have we heard anything else about him? I’m starting to think maybe we should throw him into some lava before we grow to regret it, you know?”

Other top executives in gaming shared a growing concern about what this means for the future of Nintendo.

“This is disconcerting,” said one of Bowser’s fellow Nintendo executives who wished to remain anonymous. “I know it sounds ridiculous, but there’s a pattern here, and frankly we’re all a little afraid that one day we’re going to discover he’s sabotaged our headquarters or stolen one of our wives. Our only hope is that he is weak against axe strikes to the body. It may be our only hope.”