I Don’t Care If You Agree With His Policies, Bowser Is Your King 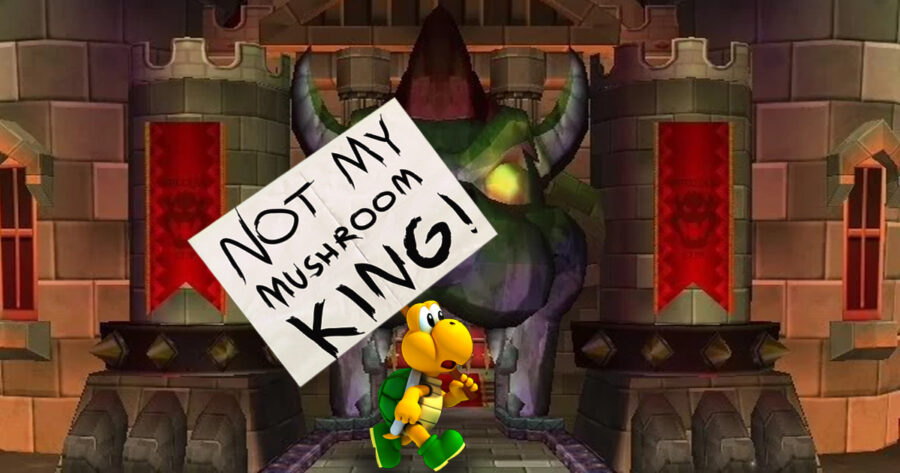 Not your king, huh? Grow up.

Quick question: are you a citizen of the Mushroom Kingdom? And is there a giant black flag with Bowser’s face on it flying over the main castle? That’s what I thought. Bowser is your king.

You protesters need to understand when you say that Bowser is “not your king,” you’re just revealing how out of touch you are. Maybe you weren’t expecting an enormous fire-breathing turtle to turn up in a magical flying pirate ship and assert executive authority over the realm, but guess what? A win’s a win.  Deal with it, Mario bros.

Perhaps Bowser’s affinity for spiky, animate, medieval architecture doesn’t quite gel with your princessy proclivities. Maybe his obsessive re-skinning of the capital with images of himself seems a little bit “tacky,” or “narcissistic,” or “like how you would communicate the concept of fascism to a third grader.” Maybe you’re worried that all this lava he’s pipelining in is “bad for the environment” and “killing a lot of people.” Well jump over it, motherfuckers, I think it looks cool.

I just don’t see how you could possibly say that Bowser isn’t your king. Lakito strikes are up 432%. Climate research is being overseen by Kamek the Magikoopa. The world outside is rapidly becoming a treacherous cartoon spookshow — of course Bowser is your king.

These Troopa patrols might not be entirely reassuring to you, personally. You may not be fully psyched that seven psychotic turtle children are in charge of municipal governance. Bowser Jr.’s private management of Koopa Organization assets while Bowser controls state policy may strike you as a particularly nepotistic exemplar of criminal kleptocracy, some shit like that. You’re entitled to those opinions.

But if you want to assert that Bowser isn’t your king, I can only reply that na-na na-eat shit bitches Bowser wins forever.