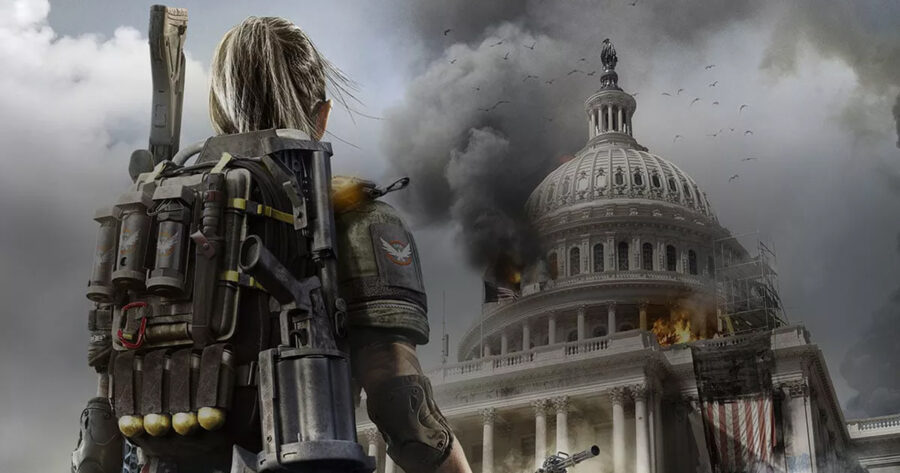 After months of previews, Ubisoft finally lifted the curtain on Tom Clancy’s The Division 2 through a weekend beta test where players will get a chance to explore a utopian future in which Washington D.C. has been destroyed.

The follow-up to 2016’s The Division is still the same persistently online “looter shooter,” but differentiates itself from its predecessor with a wholly original and uplifting setting in the beautiful bomb-blasted ruins of the nation’s capital. This refreshingly hopeful setting for the series comes after its predecessor was set in the dystopian bomb-blasted ruins of New York City.

Beta testers can roam a delightful open world populated by radical factions who, rather than torture the citizenry through arcane and painstakingly slow parliamentary procedures, simply shoot at them. A wonderful gameplay decision that one wishes could exist in reality.

This utopian fantasy world is brought to life by Swedish developer Massive Entertainment, who tapped into the collective hopes of both American gamers and people around the world when it came to envisioning America’s capital as a world of beauty and wonder.

“We wanted to get away from the typical grim settings seen in Tom Clancy games,” said Game Director Mathias Karlson. “So we brainstormed what the most delightful and reassuring future of the world could be. That is how we ended up with the symbolic and structural center of corrupt American power being mercilessly obliterated.”

To keep the cheerful sci-fi premise grounded in reality, Ubisoft has incorporated elements of actual, modern-day Washington D.C. by filling it with right-wing militarists, drug-addled gangs, and psychopaths sending out flying, unmanned robots to call down mass murder.

The beta test of The Division 2 ends today and the beta test of American democracy is expected to end later this year, so players interested in experiencing both should hurry to do so.

We’ve launched a brand new podcast network. Check out the second episode of the Hard Drive podcast where we watch and discuss every episode of 1989’s The Super Mario Bros. Super Show!