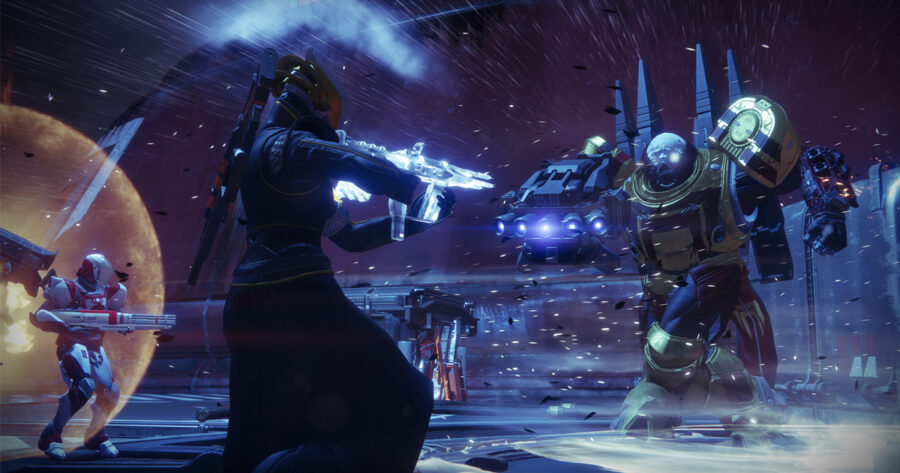 BELLEVUE, Wash. — Fans of the Destiny series are furious at all signs pointing to Bungie making Destiny 2 a quality video game after a well-received beta and positive reviews from the gaming press.

“I haven’t committed the last three years of my life to this series just to see the creators betray their diehard fans by creating a sequel with a coherent storyline, enemy variety, and stunning graphics” said Graham Mays, a fan of Destiny since day one. “Bungie simply doesn’t understand what makes a Destiny game a Destiny game: tedious, repetitive gameplay.”

After hearing feedback from their fans, the mood at Bungie’s headquarters was reportedly morose.

“Initially, the plan for Destiny 2 was to give fans more of what they want, which is apparently barebones content that only increases if they are willing to pay for a season pass and various expansion packs throughout the year” said project lead Mark Noseworthy in a statement to the press. “However, towards the end of development (while the whole development team was having a huge Halo 3 tournament), I had an epiphany: What if we made Destiny 2… good?”

“It was the biggest mistake of my life and I want to apologize to all the Destiny fans out there for giving them a game that is worth their sixty dollars,” Noseworthy said while looking at Destiny 2’s Metacritic score and shaking his head.

In an attempt to appease fans, Bungie has announced they will fast track the first Destiny 2 expansion—Destiny 2: Financial Domination—to release by the end of the year. The expansion will remove all the dialogue from the game while also featuring micro-transactions for things such as emblems, guns and moving your character.