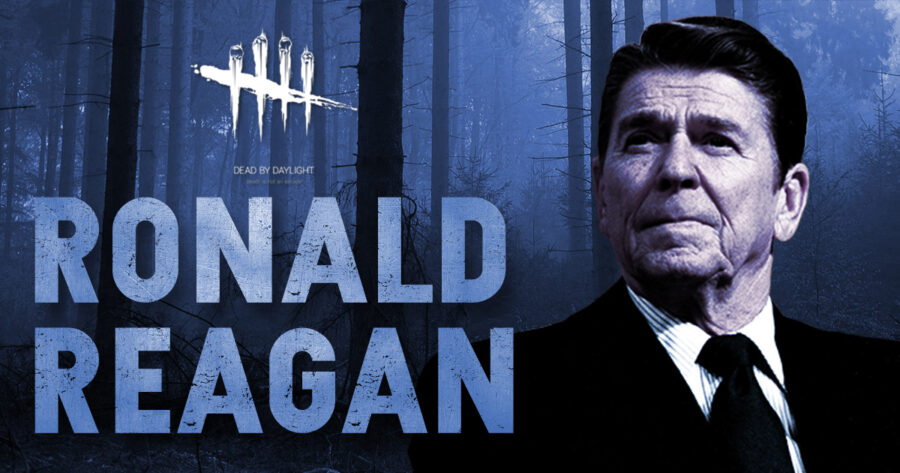 MONTREAL — Developer Behaviour Interactive announced the next DLC pack for its horror game Dead by Daylight will expand the game’s list of classic monsters by adding former United States president Ronald Reagan as a playable killer.

While the asymmetrical multiplayer game usually features iconic villains from films like Halloween and Scream, the new Reagan chapter looks to up the fear factor even more with one of history’s most infamous murderers.

“We’ve had the honor of bringing so many of the genre’s most memorable killers to this game over the years,” explained game director Mathieu Cote, “but none of them are as scary as Ronald Reagan. I mean, Freddy Krueger has killed about 35 people on-screen. Reagan’s body count soars past 60,000. For horror buffs like us, it just doesn’t get more twisted than that.”

The expansion comes with a new multiplayer scenario based on the character’s lore. Set in the new 1980’s New York City realm, the survivors control a team of four gay men who must complete objectives to escape the AIDS crisis alive. The Reagan-controlling player’s goal is to do as little as possible, ensuring that the epidemic will get worse as the match goes on.

Like all playable killers, Reagan comes with a host of character-specific perks. His special power, Crack Down, lets players send a swarm of cops to hunt down any character of color suspected of doing recreational drugs. He can also launch fire bombs and sell powerful weapons to killers in other matches.

“I’m happy that this game is finally immortalizing the great history of our party,” said Vice President Mike Pence, beaming with pride. “As someone who idolizes Reagan, it’s an honor to have him featured next to great Christians like Michael Myers, who did his best to cleanse the world of Godless whores like Laurie Strode.”

Players will be able to purchase 44 alternate skins, which will change Ronald Reagan’s appearance to look like any other US president. The game’s developers stressed that the skins are strictly cosmetic and won’t change anything about how the character plays.