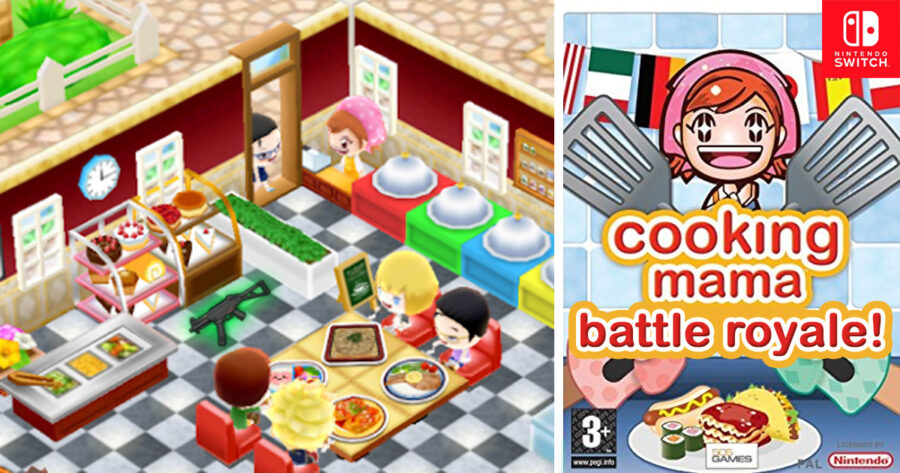 KYOTO, Japan — Nintendo announced today via press release the acquisition of the Cooking Mama franchise with the goal to re-invent the title as a battle royale style game for the Nintendo Switch.

“We want to tell our fans that we have heard your pleas for a more mature game experience,” stated Katsuya Eguchi, head of Nintendo’s Entertainment Planning & Development division. “Coming in Spring 2018, we are bringing ‘Cooking Mama: Turn Up the Heat’ to the Nintendo Switch. This fresh take on a classic series will re-imagine Mama as a grizzled combat chef, ready to dive into action and become the last cook standing.”

Eguchi further elaborated on the drive behind this bold move.

“With the rise in popularity of the battle royale genre, our Nintendo Switch is significantly behind the curve. PlayerUnknown’s Battlegrounds dominates PC and Xbox, and Fortnite has a vice grip on PlayStation. We need our own foothold, and that is where Mama’s unique perspective comes in.”

“Plus people sure seem to love that frying pan in PUBG so it isn’t much of a stretch to imagine fans of the genre being into one hundred Mama’s trying to decapitate each other with one,” he added.

Players will control their own camouflage-clad cook as they drop from a floating submarine sandwich and deploy their ladle-shaped parachutes along with ninety-nine other combatants. From there they acquire guns, ammunition, and medical supplies to aid them in their fight to survive.

“Players can also utilize the all-new campfire mechanic to prepare meals during downtime. After harvesting ingredients with their oversized fork tool, a delicious, home-cooked meal is just a slice and chop away!” Eguchi exclaimed, while demoing an encounter in which his Mama avatar brutally disemboweled a competitor with their potato masher and proceeded to make the entrails into a delicious pasta bolognese.

“We recognize that there is an untapped market for blood-soaked, brutally realistic gameplay both at home and on the go. We know that ‘Turn Up the Heat’ can provide our fans the tactical survival experience they desire,” boasted the veteran developer standing in front of a screen showing Mama’s triumphant figure standing atop a pile of identical corpses.

Players who manage to outlast the other ninety-nine competitors will get to watch their Mama meticulously clean, season, and fry her own celebratory chicken dinner.