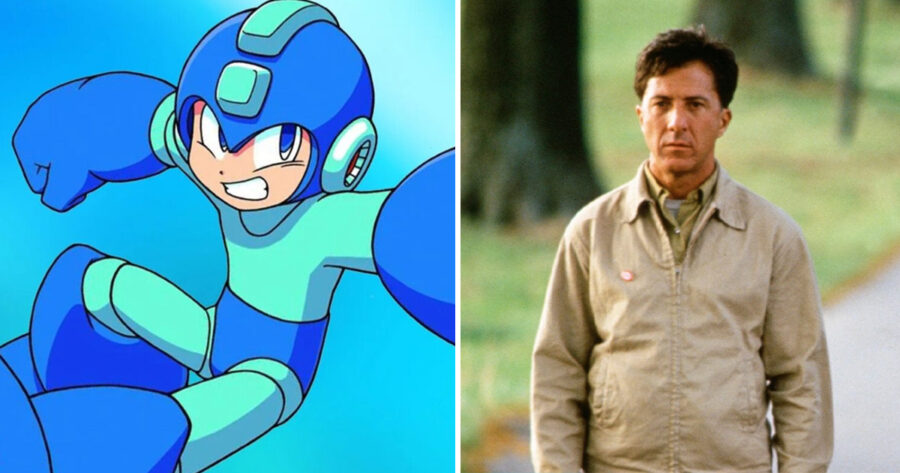 “Definitely not what I expected, definitely not,” said the Blue Bomber as he stood hunched, slightly rocking back and forth. “Definitely not an evil robot aesthetically themed on and around rain, my mistake, my fault. Definitely my bad.”

Staff at the Walbrook Institute; the facility that cared for and housed Babbitt, were shocked and disappointed that the incident was allowed to take place under their noses.

“We’re mortified about what happened to Ray, but it feels like a piece of him lives on in that robot. The weird number thing, specifically,” explained one Walbrook employee. “He was supposed to have a visitor around this time, an estranged brother or something, but we never could’ve predicted this. Some eyebrows were raised when we saw an amputee in blue tights walk in but we figured he was, y’know, like him. We don’t pass judgements here.”

Aforementioned brother of the deceased, Charlie Babbitt, appeared to be relatively lax about the situation when approached for comment.

“Listen, as far as I’m concerned, he’s just my brother with an arm cannon now. I don’t care what I gotta babysit, I’m getting the money and the Buick,” Charlie Babbitt snidely remarked. “Besides, I hear this savant shit’s got some up sides. I’m taking him down to Vegas this weekend, see if we can’t count some cards. Or maybe fight an evil mad scientist.”

At press time, it has been confirmed upon arriving in Las Vegas that Mega Man and his pseudo relative were very successful at poker tables before the child robot broke loose from Babbitt’s supervision and attacked the casino’s owner. We understand that he is, as of now, de facto owner of the venue.