College Roommates Try to Save Relationship by Having a GameCube 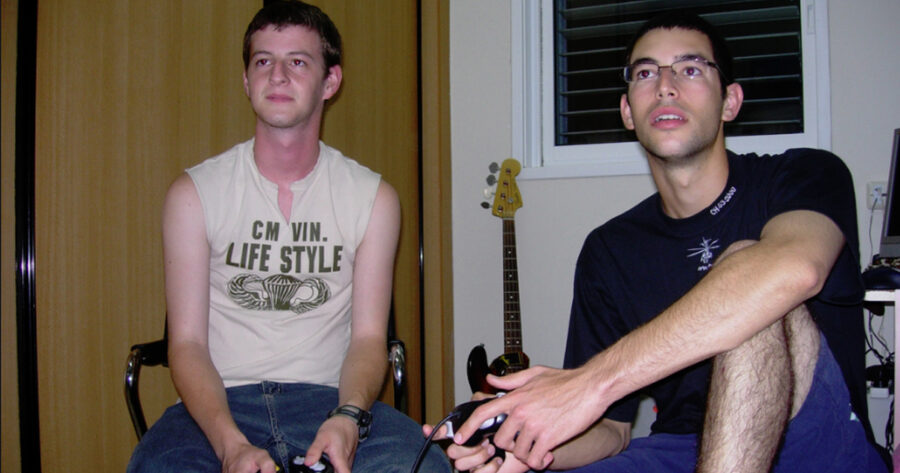 SYRACUSE, N.Y. — Four college students at Syracuse University have reportedly attempted to neglect their own shortcomings as roommates and tried to salvage their relationships by purchasing a Gamecube.

“I know it’s a lot of responsibility and a pretty drastic move for a roommate relationship, but we are seriously considering trying to salvage this thing by bringing a GameCube into our lives,” said house member Greg Hanlon, standing in front of a communal sink overflowing of his dirty dishes he refused to wash for weeks on end. “I’m not sure why we’ve been growing apart recently, but I think the GameCube could maybe bring us closer as roommates and give us something to do together.”

The foursome, unable to come to the mutual conclusion that they each needed to pull their weight in the apartment maintenance and upkeep, figured that purchasing the console would be a good solution to the six months of pent-up resentment towards one another’s generally disgusting habits.

“I just don’t know that I’m ready to bring a GameCube into this kind of environment. It seems irresponsible and frankly a little selfish,” said roommate Chris Tarrey, who, the day prior, ended up in a screaming match with roommate Allie Heffernan over the massive wads of hair she leaves in the shower drain. “So many roommates try to just get a GameCube, that way they know they can’t just move out because you can never decide how to split up all the controllers and games and whatnot. That doesn’t seem like the right thing to do to this copy of Double Dash.”

At press time, the GameCube, perched atop a pile of empty Heineken bottles and pizza boxes, reportedly caused more fighting than it solved, largely due to the fact that Hanlon, Tarrey, and Heffernan refused to pay back roommate Sarah Glazer for the $20 cost of the console.

Photo via Or Hiltch.