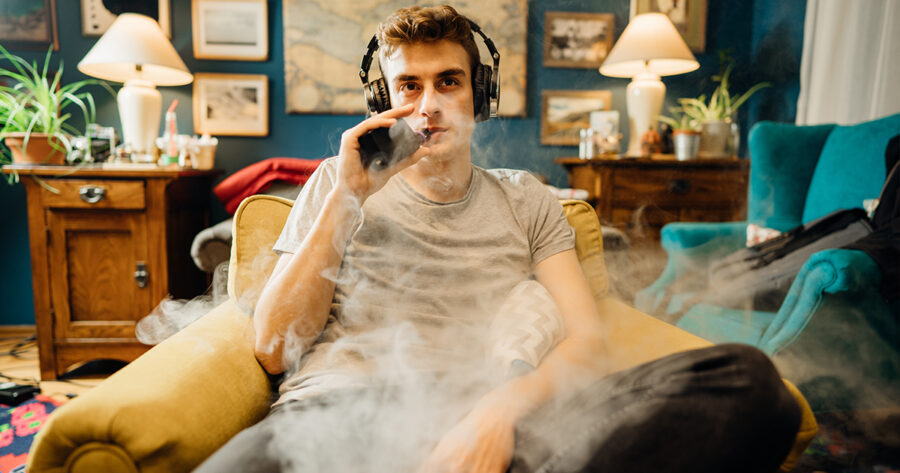 DETROIT — A local gamer who smoked an absolute fatty before sitting down to play Call of Duty: Warzone 2 for the first time found himself in no condition to navigate the required updates to his PC, sources have confirmed.

“I don’t know what the fuck I did, man, but nothing is running right on this computer anymore,” said Wes Tomlin, hours after getting ripped and attempting to play the newly released battle royale hit. “I went to boot up Warzone and it said I had to do some updates, which was a bummer, but I thought I could navigate it. Then I think I went into the Intel driver updates, and I thought I was doing what I was supposed to, but now suddenly half of my programs are gone and my computer looks like it’s running Windows 95 as best as I can tell? What did I do?”

Several friends of Tomlin’s said he called them in a panic, desperately seeking assistance.

“Yeah he was freaking out, said he got way too high and now he couldn’t get his computer to stop printing his web history,” said Noah Greene, a friend of Tomlin’s. “I’m not sure what he did, so I sure the hell didn’t know how to help him fix it, especially with him carrying on and screaming like he was. Poor dude was really having a bad time. I hope he got that game to work eventually. He really has a hard time with computers. He should just get an XBox if he’s gonna keep getting this high, if you ask me.”

Eventually a dispatcher with Tomlin’s internet company visited his home and attempted to assist him.

“Honestly, I’m not sure how he got his computer that fucked up that fast,” said Erick Matthews, a Comcast Xfinity technician. “But he was pretty fucked up himself, so I suppose it makes a bit of sense. I just did a system restore from a previous point on his PC and he thanked me profusely. I even helped him download that war game before I left so that he’d be on his way. Hope everything goes okay for him. Dude was really freaking out.”

As of press time, Tomlin had taken a nice big bong rip and then accidentally uninstalled Call of Duty: Warzone 2.