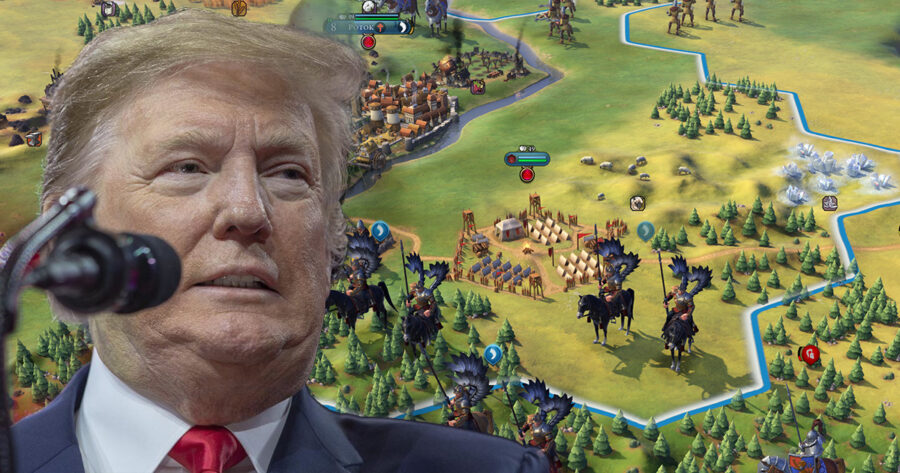 PHILADELPHIA – Local gamer Jamie Stanfield was shocked when she realized 11 months into a marathon-speed playthrough of Civilization VI that she was spending more time and consideration on foreign policy than the actual leader of the United States.

“Diplomacy in this game is probably too complicated for the president,” Stanfield said. “I’ll try to explain it simply. Every leader has a public and hidden agenda — shit, he knows what that word means, right? Basically, you need to tailor your approach based on who you’re dealing with. You can’t just call Seondeok a low IQ person on Twitter until she gives you a better trade deal. I doubt he’d even be able to find Social Media on the civics tree.”

“I need to clear these forests to set myself up for a science victory later, but Kupe will probably denounce me if I do that,” added Stanfield, gesturing to her monitor which was partially concealed by stacks of history textbooks and printed GameFAQs guides. “And I’ll need his trade if Chandragupta keeps encroaching on my borders. I’ll just research the wiki, and maybe hit up a YouTube tutorial. I bet the president would just call them shithole countries and hit the golf course. Unless, of course, Civ wiki had bright, colorful pictures and included his name in every sentence.”

“Obviously, I’m just an average gamer at the end of the day,” Stanfield said, pausing her game to watch a C-SPAN broadcast of the Ways and Means Subcommittee on Trade. “Does playing Civ make me a foreign policy genius? Not really, but even I know the tariffs on Chinese imports will have a detrimental effect on America’s small businesses while needlessly stoking protectionist dogma in an increasingly global economy. Any Civ player can tell you that’s pretty basic stuff.”

At press time, Stanfield was enrolling in Harvard’s international relations program before deciding whether or not to enter a trade agreement with England.