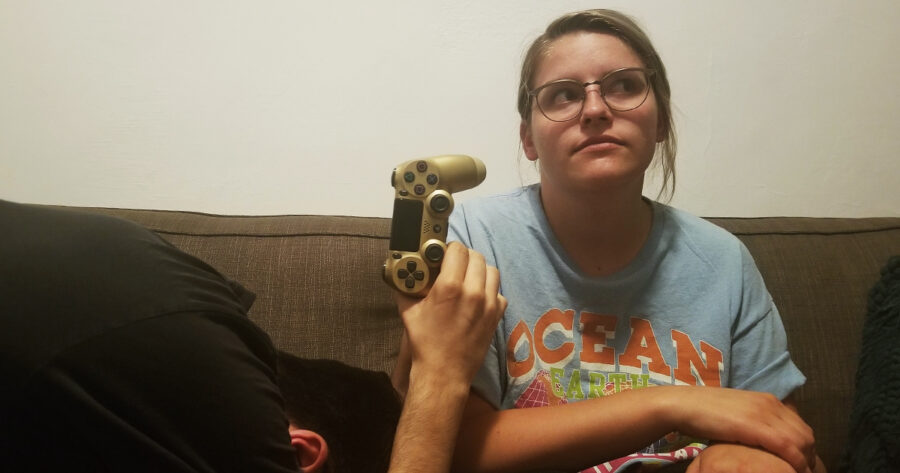 The modern-day Don Juan, pausing only but for a moment between his valiant matches wherein he never placed higher than 25th, gazed upon his gentle damsel and gallantly inquired, “Oh… uh, you want a turn?”

The veritable chevalier, who reportedly spewed excess Totino’s from his mouth onto his Lady’s visage while inquiring her, had been playing for five hours straight while ensuring, like a true gentilhomme, that she felt as awkward and bored as possible throughout the entire experience.

“The worst part is I actually love Fortnite,” proclaimed the Dame Marquez, perched upon Mason’s throne of undone laundry while gazing upon his noble feats on the battlefield. “But to be honest, just watching Lance shout at a bunch of ten year olds for hours on end is a bit much.”

The Good Lady Marquez was permitted one round in which to make her mark in the annals of battle, wherein Mason chivalrously attempted guide her through how to walk around and shoot a gun, despite the fact that she had spent most of her previous day playing first person shooters.

“You definitely should’ve used your sniper rifle there; you totally could have gotten that guy below,” Mason sagely counselled to Marquez, who was visibly out of sniper ammunition in the first place.

Upon watching his girlfriend play one round, the gallant caballero reportedly took the controller back for a few more turns, on the basis that his fair maiden needed to either “get good or get fucking wrecked.”