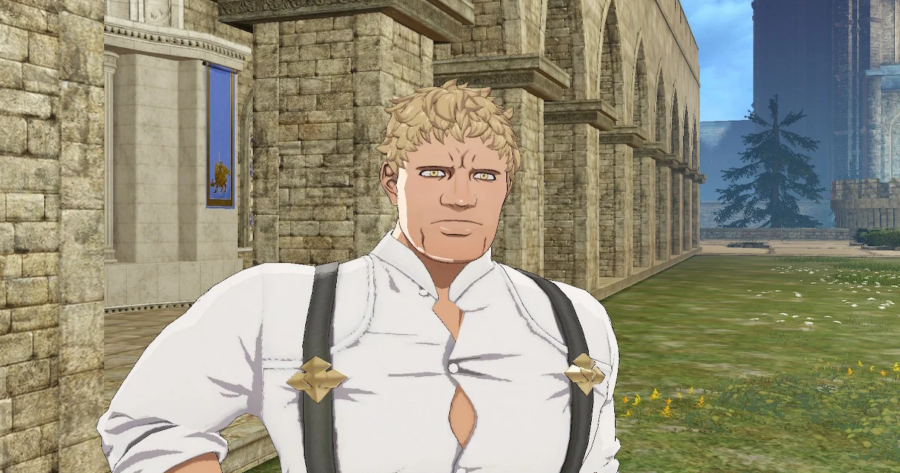 FORKED RIVER, N.J. — Local gamer Christopher Nguyen noticed the character he allowed to die in his first playthrough of Fire Emblem: Three Houses has been acting more distant during New Game+, according to those familiar with the situation.

“Raphael and I had grown exceptionally close through the course of my first playthrough. We had an A-rank relationship, and I was still giving him gifts I thought he would like, even after it would affect our friendship. But during the final battle, the only way I could make it out alive with the rest of my squadron was to sacrifice Raphael,” Nguyen said. “I just started a New Game+ and walked up to Raphael to apologize, but he just acted like he didn’t even know me.”

Although Raphael never explicitly acknowledged that Nguyen had coldly betrayed their deep, meaningful bond in order to achieve victory in the previous game, Nguyen claimed Raphael’s behavior was “passive aggressive.”

“I decided to run a different classroom this time, and when I asked Raphael to join it, he just said he wanted to get to know me better? It was like we hadn’t just spent 60 hours together. Is he doing this because he thinks the real me is a violent sociopath who can never be trusted again? I didn’t want to hurt you Raphael!” Christopher exclaimed to his screen, while holding back tears. “I let you down. I let us down. Oh god, what have I done?”

“Could Chris have found a better way to handle that final battle? Yes,” Prowse said. “Do I have secondhand embarrassment after watching his performance against the enemy battalions? Yes. But do I love him any less for letting Raphael die? Oh, definitely.”

As of press time, media outlets have been unable to reach Raphael for comment.