Can You Violate the Geneva Conventions in Minesweeper, Tonight We Riot, and Plants Vs Zombies? 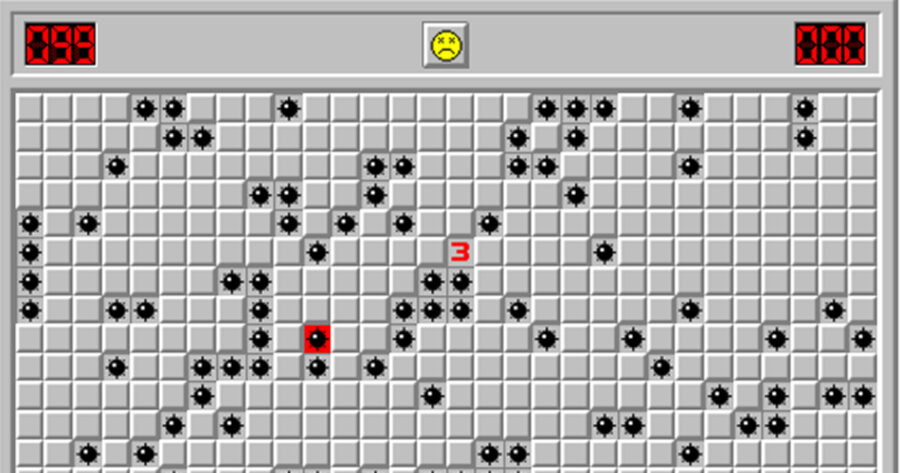 If you find yourself “disgusted” by the riots happening in America over racial injustice, wait until you hear about the My Lai Massacre! That’s when US soldiers killed somewhere between 350 and 500 Vietnamese civilians. These troops probably saw themselves as the “good guys,” in the same way that players see themselves as the hero as they gun down thousands of people in Uncharted. So let’s once again stare evil in its face and find out which video games allow us to violate unspeakable war crimes.

You are the victim of article 52 of the 3rd Geneva Convention (prisoners can not be employed for mine removal) in Minesweeper. pic.twitter.com/tAB0SyvayI

— Can You Violate The Geneva Conventions? (@ViolateGeneva) June 8, 2020

This desktop classic asks players to navigate their way through a perilous minefield or die trying. Considering the circumstances, it’s no stretch to say that the player is a prisoner in this experience considering that they are actively trying to escape alive. Thus, the game itself violates article 52 of the 3rd Geneva Convention, which prohibits subjecting prisoners to dangerous labor and specifies “The removal of mines or similar devices shall be considered as dangerous labour.” That’s right, you are the victim and your old PC deserves jail time.

You can violate the Biological Weapons Convention in Plants vs. Zombies. pic.twitter.com/Lgh2EqxQAo

This violation is about as textbook as it gets. Simply put, Plants Vs. Zombies is an abomination when it comes to the Biological Weapons Convention. Employing the use of biological weaponry, no matter who your enemy is, violates basic war laws. It doesn’t matter if your enemy is ISIS or undead.

You can violate point 4 of the Nuremberg Code (experiments should be conducted as to avoid all unnecessary physical and mental suffering and injury) in Pokémon Sun & Moon by mega-evolving Aerodactyl. pic.twitter.com/49Lp2o7idJ

— Can You Violate The Geneva Conventions? (@ViolateGeneva) June 7, 2020

I want to talk about Mega Evolutions for a moment. The mechanic was a welcome addition to Pokemon combat, but it quickly disappeared from the series. Have you ever asked why? Well, it’s probably because it violates point 4 of the Nuremberg Code. This set of rules deals with medical experiments and says, “The experiment should be so conducted as to avoid all unnecessary physical and mental suffering and injury.” Judging by the description of Pokemon like Mega Aerodactyl, Mega Evolutions cause Pokemon severe pain. That means that you are essentially Hitler.

You cannot violate the Geneva Conventions in Tonight We Riot, because you play as the people. pic.twitter.com/eASlQgq47g

— Can You Violate The Geneva Conventions? (@ViolateGeneva) June 6, 2020

You can not violate the Geneva Conventions in Tonight We Riot. Why? Because you play as the people. Now sure, you may ask why that same rule doesn’t apply to any other game we discuss here. When you consider war crimes, you must also consider power dynamics. Who is the Occupying Power in Mario? Is it the weak Goombas who die when stepped on? Or the plumber who kills hundreds of turtles without batting an eye? Mussolini and Mario have more in common than their Italian heritage: they are both huge fascists. And it is ethical to fight facism.

LOOPHOLE: There is no rule in the Geneva Conventions that prohibits pausing after you violate them and then reverting back to your last save. pic.twitter.com/Y8eQVYjeWe

While there are a ton of war rules to remember, there are also some notable ones missing. That creates a lot of loopholes that gamers can use to avoid breaking the law. For example, there is no rule that says you can not pause after you violate a war crime and then reload your game to your previous save. So if you want to be absolved of any guilt in a court of law, remember to save scum.