Burglar Steals Everything But Wii U 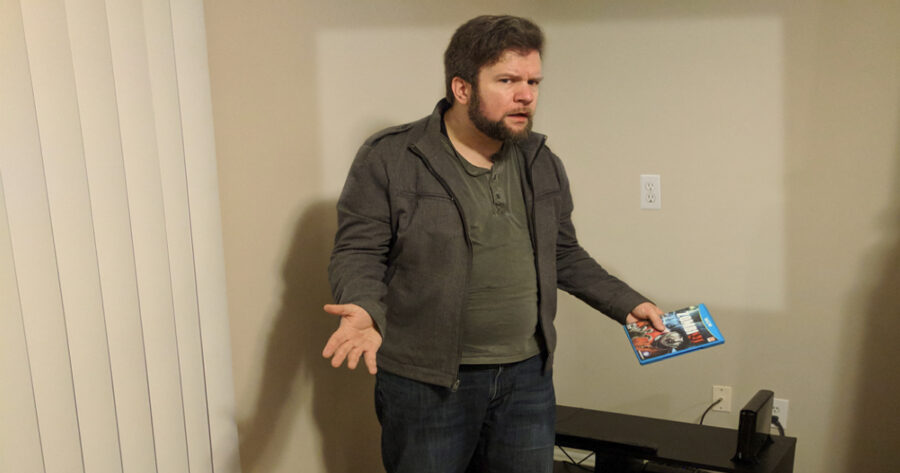 BIRMINGHAM, Ala. — A local burglar, after stealing hundreds of dollars worth of assorted pieces of technology, specifically decided not to steal a Wii U during a recent home invasion, according to a police report from Tuesday morning.

Resident Joel Hoffman reported several items stolen, among them a PlayStation 4 and several games, two smart TVs, a laptop, several pieces of his wife’s jewelry, and even some cutlery, but was puzzled by the untouched Wii U console on his entertainment center.

“We dusted the place, and that Wii U had an awful lot of dust, but no prints,” responding officer Shirley Williams said. “Our investigation is ongoing, but due to several rooms being hit, we have determined that this was not a rush job. The burglar or burglars had plenty of time to take the Nintendo console. They must have just decided, perhaps rightfully, that it sucks.”

Hoffman’s wife Alyson was reportedly distraught, having come home to find the front door kicked in and the living room mostly empty.

“They took everything we had, everything we worked so hard for to make our lives a little more comfortable. Well, I guess not everything,” she sighed, looking at the Wii U and the copy of ZombiU she and her husband Joel played once for an hour and a half.

Birmingham police are reportedly following up on leads, as other residents have reported recent burglaries in which Wii U consoles have been spared. Police also interviewed an area GameStop manager who reported a store break-in.

“I kind of wish they had taken our Wii U inventory,” manager Ellen Galvin told police. “We could really use the space for more Funko Pop figures.”

The Hoffman family has decided not to renew their renter’s insurance, opting instead to connect the Wii U to a Samsung DLP projector in their living room to deter future would-be burglars.