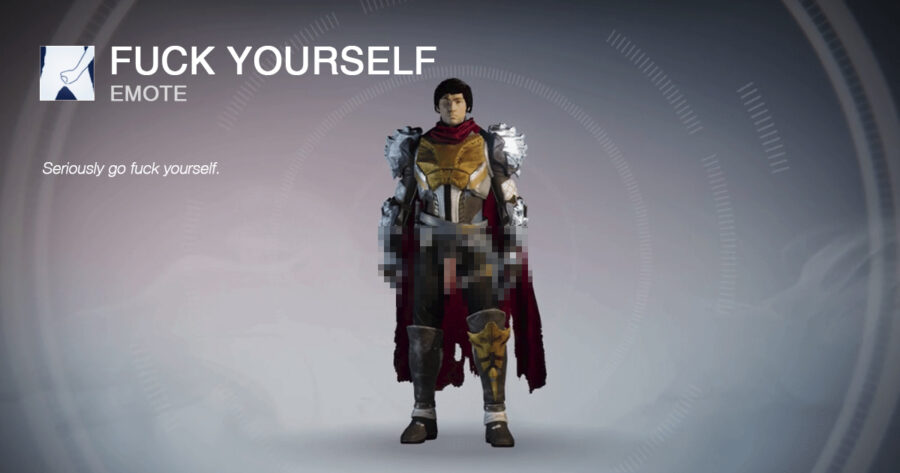 BELLEVUE, Wash. — After intense player demands and complaints, Bungie finally announced a new addition to the Destiny 2 Eververse store, an emote that will finally allow fans to fuck themselves.

“After years of not giving a shit about our Halo fans, leaving them with the cruel stepfather that is 343, we felt it was time to allow Destiny 2 fans to feel the same intense pleasure that comes from being fucked on a daily basis,” explained a gleeful lead developer. “Some would argue that charging money for a decorative emote that lets your guardian fuck itself is exploitative, but we believe having to pay for this privilege enhances the experience for the player, and so as a result, including it for free would be hypocritical.”

“I don’t play Destiny 2 because of the tight gunplay, the console exclusive maps, the overpriced DLC with reused levels masquerading as new content, but because I am a dirty money pig who deserves to be financially dominated,” said Destiny 2 player Daniel Fielder on a Bungie message board.