Bullshit: All the Girls in ‘Dead or Alive’ Are Alive 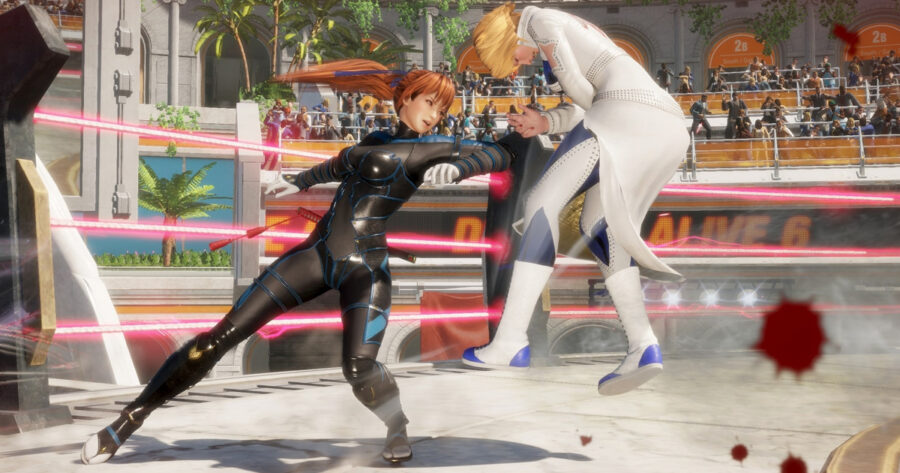 I’ve never picked up a Dead of Alive game before, but it’s impossible to escape the flurries of controversy around the game each time a new version comes out. So, I finally decided to dive into Dead or Alive 6, and I’m sorry to say I see what folks are getting upset about: for a game called ‘Dead or Alive,’ none of the ladies in this fighting game are actually dead!

This is a clear-cut case of false promises being made to the gaming community once again.

When I first booted up Dead or Alive 6, I selected a fine, upstanding, alive woman as my character. Her being alive was my first red flag. My second red flag was the array of costumes I could select for my character to wear during battle: none of the available bikinis, leather vests, or French maid costumes would be appropriate for an open casket funeral service.

I began to suspect this woman wouldn’t be dead at any point.

After selecting my battle stage (an ancient pirate ship), the two characters (still alive!) twirled toward each other and made threatening taunts. “Oh boy,” I thought, “maybe this is where the ‘dead’ part happens.”

Wrong. After two blistering rounds of button mashing, I had beaten my opponent with, to my horror, a “K.O.” — a knockout. Not a death at all. “Maybe they are just about to die,” I prayed. “Surely Tecmo wouldn’t lie to me.”

At that moment, I was pleased to see the game lets you move the camera around during your victory pose. After rotating my character’s annoying large chest out of frame to get a view of my defeated enemy, I was disgusted to see them writhing in semi-sexual pain. That’s pretty messed up considering they should just be dead.

Stunned, I dug through the options menu to see if maybe death had just been turned off by mistake. I found settings for Dirt, Water and Sweat, and Softness. Once again my faith was destroyed when I realized these were NOT referring to decomposing flesh, embalming, or the process of rigor mortis, respectively.

So that’s it. Not a single dead person in the entire game. Bullshit. Hey, Tecmo, here’s an idea: next time you make one of these games it should just be called “Alive.”