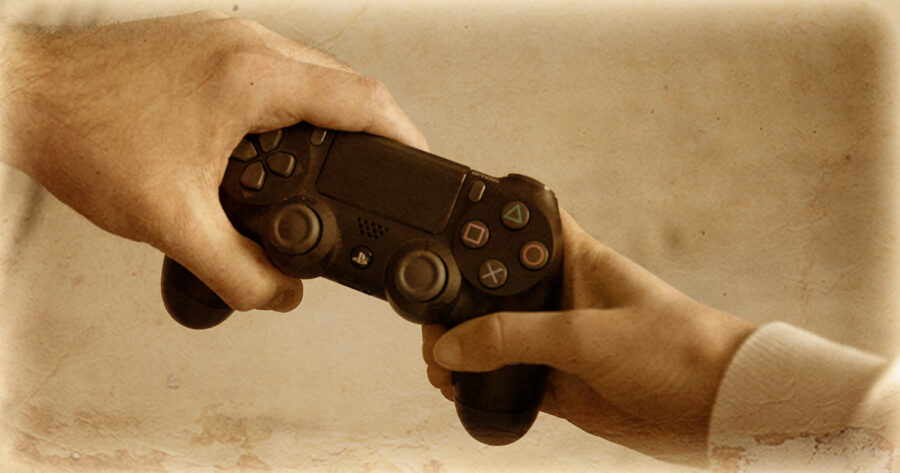 BLOOMINGTON, Ind. — Gamer Marty Jackitansky put an unsuspecting peer into a nightmarish situation this past week after inviting over acquaintance Joshua Burge knowing full well his second controller was broken, forcing the pair to take turns on a single player game like an impoverished family in 1930s America.

“I was disgusted, there’s no other word for it. You ever read The Grapes of Wrath? Felt fucking just like that,” said Burge of the affair. “I walk in the door, ready for an evening of multiplayer hijinks, and he waits until we sit down to tell me what the deal is. In fact, I don’t even think he told me, he plopped down cross legged on the floor, handed me a sticky PS4 controller, turned on God of War, and said ‘I got next.’ Can you believe that? I basically now know what it’s like to have lived through the Great Depression. There’s something about being forced to share supplies, holding off on your goals while you let someone else take a turn at life, that really makes you understand one of America’s darkest moments in history.”

Jackitansky, however, is baffled by his supposed friend’s repulsion with the situation.

“This is all being blown way out of proportion,” Jackitansky said. “I fail to see anything wrong with a couple of young men taking turns on a fun console video game. At one point, I snapped a picture of him while he was waiting for his turn to start and he looked like the goddamn Migrant Mother photo, frowning and looking off in the distance and shit. Calm down, dude! It’s not a big deal; we’re gonna order Domino’s in like ten minutes.”

As of press time, Jackitansky had finally gained possession of a functioning second controller, but quickly opted to hollow out its hardware in favour of turning it into a hash pipe.