‘Breath of the Wild’ Player Finally Acquires Rare, Powerful Weapon to Look At and Never Use 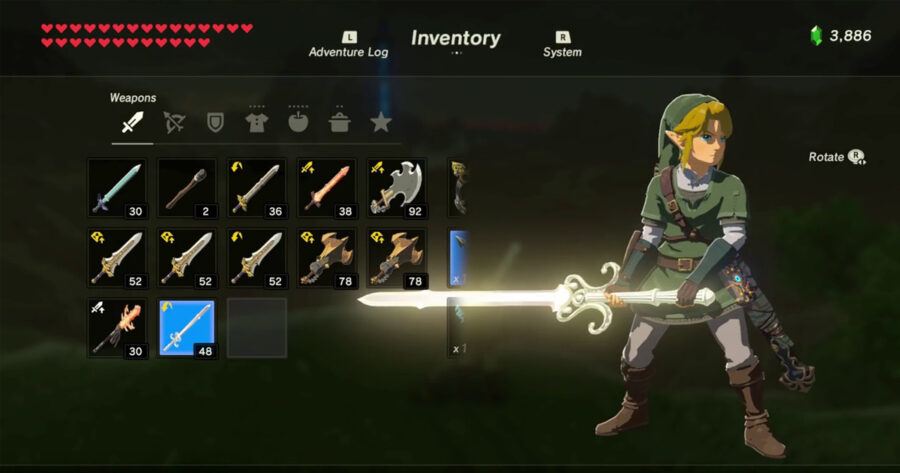 COLUMBUS, Ohio — Luna Dalton came across a mighty weapon guaranteed to deal massive damage to her enemies while also being as fragile as spun sugar after 65 grueling hours of exploration across the sprawling continent of Hyrule in the critically acclaimed “The Legend of Zelda: Breath of the Wild”, according to close sources.

Throughout her journey, Dalton quickly found out that weapons in Breath of the Wild were different than previous iterations, due in part to the fact that they held the same properties as a fine piece of stained glass as opposed to their normal invulnerability.

“When I first started poking moblins with their own sticks, they would break into these weird blue shards after just a few hits,” said Dalton. “Even after I got out of the beginning area, all the cool weapons I had would constantly tell me they were about to break right after I had engaged a sleeping camp of enemies. It’s pretty stressful, honestly.”

Things quickly changed for the self-described avid RPG fan however, as the discovery of an exceedingly rare item called the Sword of the Six Sages turned the tides of battle.

“Not only does this new item do 55 damage per swing with an added stun that makes enemies drop their weapons,” she exclaimed. “But I also get a bonus wave of crushing anxiety about when to actually pull it out and use it as opposed to saving it for something stronger!”

With this force of nature in her inventory, Dalton was sure that she could surmount the task of destroying Calamity Ganon once and for all.

“Oh, but what if they add DLC bosses later on in the development cycle that are harder to beat? What if I need this sword for them? Oh, Jesus!” she said before beginning to breath into a paper bag.

“It’s like they actually want you to be creative and figure out new ways to overcome obstacles. Everyone knows Link has always been best at running into the middle of the action and frantically chopping at enemies until everything is dead.”